Collection of and Experiments with Liquid Air

In the January, 2018 issue of the Journal of Chemical Education, Jeffrey Statler describes several experiments that can be conducted with liquid air.1 He demonstrates that liquid air can be easily collected by simply immersing a test tube in liquid nitrogen, which has a temperature of 77 K. Upon doing so, the air within the test tube is cooled to below the condensation point of air (79 K). Thus, any air that enters the test tube condenses to a liquid. About 20 mL of liquid air can be collected if the test tube is left undisturbed in the liquid nitrogen for 30 minutes. If a strong neodymium magnet is immersed into the liquid air thusly collected, liquid oxygen (which is paramagnetic) is attracted to the magnet!

I have used the method described by Statler several times to condense liquid air. In fact, I have also used other methods to condense air from the atmosphere (scroll below to view a video that displays how to conduct another simple and useful method to condense air). However, I learned several important things by reading Statler’s article. For example, I learned that the liquid collected in this experiment is air and not pure oxygen. Thus, the liquid collected contains mostly a mixture of about 78% nitrogen and 21% oxygen. I also learned that a neodymium magnet can be used to separate some oxygen from the liquefied air. This is fascinating experiment to carry out if you get a chance to do so!

An additional method I have used to extract liquid air from the atmosphere has the advantage that it allows observers to directly see droplets of condensed air form and fall into a container for collection. To do this, a roughly-ridged, deep aluminum pan is filled ¼ full with liquid nitrogen. Next, a corner of the pan is suspended above a Styrofoam cup. The nitrogen cools the pan to a low enough temperature that liquid droplets immediately begin to fall from the corner of the pan and into the cup. Several milliliters of fluid can be collected within 5 – 10 minutes using this protocol. After reading Statler’s article, I decided to collect and test the liquid obtained using this secondary method. You can see the experimental set up and some of my tests in the video below: 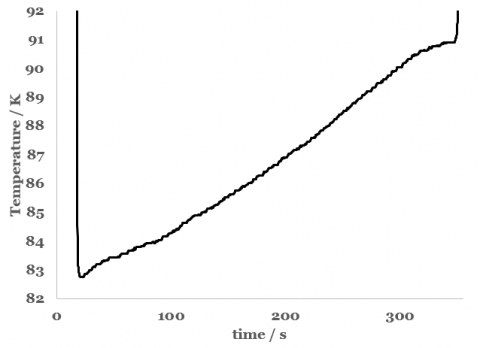 Figure 1 - Boiling point of the liquid collected from an aluminum pan cooled with liquid nitrogen. The initial drop in temperature is due to initial cooling of the thermocouple after immersion in the very cold liquid. The final increase in temperature is due to warming of the thermocouple after the liquid has completely boiled away.

I would certainly enjoy hearing from you if you try out some of these experiments, have suggestions for further experiments, or otherwise have any comments. What are some simple ways you might use to collect liquid air or other liquefied gases? 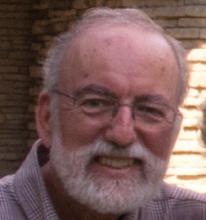 I enjoyed reading the experiments with liquid air. The process described (and the figure) represent the industrial process by which nitrogen and oxygen (and argon) are separated from air. The air is liquefied by compression/expansion cycles and then fractionally distilled with the nitrogen boiling off first. Thus the liquid remaining is enriched in oxygen. Liquid air presents a hazard because as the nitrogen boils off the liquid becomes liquid oxygen and is a very strong supporter of combustion. You can test for the presence of oxygen gas in the test tube after all of the liquid air boils off using a small wood splint that has been ignited an blown out, leaving a glowing ember. When dropped into the test tube (make sure all the liquid is goine) it will re-ignite--old fashioned test for oxygen gas. Don't put anything combustible into the tube while the liquid oxygen is still there because it can inflame very fast.

I appreciate your comments and added insight, John. By the way, I will soon be trying your suggested experiment with the test tube and oxygen! 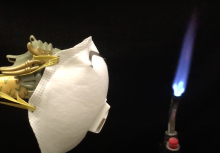