One of my goals for 2017 was to read more chemistry non-fiction. I accomplished that with three and a half books read. That doesn't seem like much, but given how busy I've been lately it was quite an accomplishment! (You can go back and read my reviews of "Chemistry: A Very Short Introduction" by Peter Atkins, and "Four Laws That Drive The Universe" also by Peter Atkins.) I offer a brief review of my most recent book here, "The Alchemy of Air" by Thomas Hager.

First of all, I wish I could offer an attribution or a hat-tip to the wonderful soul that suggested this book. I'd like to buy her/him a cup of coffee and engage in some conversation about a wonderful book. But alas, I can't find the suggestion anywhere in my memory (or my Twitter timeline, for that matter).

Within the IB Chemistry curriculum that I teach, the "Haber Process" is mentioned quite often. This reaction involves the synthesis of ammonia in an equilibrium with nitrogen and hydrogen as follows:

This equilibrium is interesting on many levels. First, the value of Kc is relatively small, so the equilibrium certainly doesn't favor the product, ammonia. Second, it is an exothermic reaction. Thus, heating the reaction to make it go faster also decreases the yield of ammonia. But if the temperature is too low, the reaction is so slow that it takes far too long for the ammonia to be produced. Thus, there is a "sweet spot" of temperature, around 400-450 Celsius, used in industry. Third, the product is incredibly important for the fertilizer industry - and in the manufacture of explosives. And all of these things are commonly discussed in most chemistry texts when the Haber Process is mentioned. But there is so much more! And that's where "The Alchemy of Air" comes to life.

The book starts with a nice hook, mentioning a "prophecy" made in the fall of 1898 by Sir William Crookes. With human population on the rise - and quickly! - Sir Crookes suggested to the British Academy of Sciences that by around 1930 humans would start to die due to starvation. Unless chemistry could find a solution.

And thus the race was on to find suitable fertilizers to prevent the depletion of soils. Did you know that in the 1840s, South American bird guano (used for fertilizer) from the Chincha islands off the coast of peru was one of the most valuable substances on Earth at the time? When the islands became depleted of their guano after intensive mining, Chilean saltpetre from the Atacama desert was the replacement - essentially sodium nitrate with some other impurities. But what happens when this runs out?

German chemistr Fritz Haber began working on how to "fix" nitrogen from the air into a usable form for fertilizer. Haber's name is associated with the reaction due to his solving many of the problems associated with the reaction. As alluded to above, heating lowers the value of Kc, thus it does not favor the production of ammonia. But make it too low and the reaction is too low. And how to collect the ammonia gas? As it turns out, Haber had quite a bit of help from Carl Bosch. In many ways, Bosch played chemical engineer to Haber's role as the chemist. Solving the problems of temperature and pressure took many iterations and trial runs, but as the reaction vessels were scaled up, the reaction eventually became economically viable - and of course quite profitable soon enough.

The viability of this reaction provided a great deal of economic value to Germany - but proved even more valuable during WWI when munitions created from the ammonia were used to fortify German positions on the front lines with France. And Haber - in an effort to gain stature within the German government - helped develop chemical weapons for use as well. So the chemist that is credited with discovering/developing one of the most important and influential reactions in the world is a complicated figure. Without the fertilizer from this reaction, Earth would not likely be able to support our current population of over 7 billion people. Yet ammonia is used to produce explosives that have killed countless soldiers and civilians. Life is so rarely black and white, I suppose.

This book is filled with connections and intrigue:

So while the actual chemistry in the book is a bit light (by Thomas Hager's own admission, as he intended this for a lay audience), there are copious source notes and a complete bibliography if you'd like to delve into the detail hinted at throughout the text.

I don't consider myself a book critic, but I'd give this a 5-star review on Amazon, as I found it incredibly engaging and full of so much more detail than I ever imagined could be written about one single chemical equilibrium.

Have you read "The Alchemy of Air?" If so, what did you think?

1. For a concise summary of the Haber process, I suggest the ChemGuide UK page dedicated to this reaction.

2. For an interesting interactive about the Haber Process, visit https://www.learner.org/courses/chemistry/haberplant/haber.html. You can control the conditions and see the output from the reaction.

3. I was familiar with Thomas Hager's writing, as I had previously read "Force of Nature: The Life of Linus Pauling." While not reviewed here, it is an incredible journey through Pauling's life as a chemist and activist.

4. Chem Ed X-change's own Doug Ragan suggested "Caesar's Last Breath: Decoding the Secrets of the Air Around Us" by Sam Kean (of "Disappearing Spoon" fame) as a nice follow-up to "The Alchemy of Air."

5. Some previous ChemEd X posts related to the Haber Process: 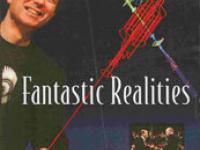 Fantastic Realities: 49 Mind Journeys and a Trip to Stockholm