The story of the Radium Girls starts right after WWI. At first, the job of painting glow-in-the-dark watch dials seems like a dream come true for the young women working at the United States Radium Corporation in New Jersey. Light work and good hours, and the camaraderie of a group of fun and carefree girls makes the time pass quickly as they dip their paintbrushes in radium paint and shape them into sharp points with their mouths so they can complete the tiny numbers on the watch dials. They get to work with radium, the famous new element, and sometimes they even glow in the dark themselves! However, their gaiety is short lived and soon one after another the dial painters start to become sick and to exhibit a range of unusual symptoms that baffle the local medical practitioners. As it turns out, USRC in New Jersey is not the only place where this is happening. A similar story would unfold at Radiant Dial in Illinois.

Kate Moore does an exceptional job weaving together the two parallel stories. In both sites the health of some of the dial workers deteriorates. Many of them lose their teeth and their dentists have no remedies to offer. Cancers and other ailments plague many of the girls. Lack of communication and purposeful cover-ups orchestrated by the watch dial companies makes it hard for the information about the individual cases to coalesce. Sometimes it feels like it will never happen, but then unlikely heroes come into their lives to help organize the many stories. The book vividly brings home to the reader not just the history of these women and their battles against corrupt companies, misinformed and sometimes misogynist doctors, and crooked lawyers, but also the rise of workplace regulations in the United States. Against impossible odds some of the dial painters sued the companies for compensation and in the process gave all other workers in the country the right to do it as well.

Radium Girls is one of those books that can’t be put down. It challenges us with imagery so vivid that sometimes you just want to look away, but you are so invested in the lives of the girls that you persevere to the end. It is tragic and strong but also hopeful and tender. It reminds all of us why our current chemical exposure regulations in the workplace are a precious right that required the efforts of many, and the lives of a few. And it also makes us wonder what would have happened if the watch dial painters had been men. Would they have been heard by their doctors and respected by their employers? Would they have been able to attract the attention of the press or secure legal representation? Maybe the story would have had a different ending for them. 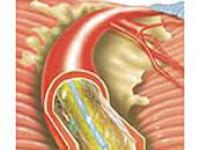 A Fresh Look at Entropy and the Second Law of Thermodynamics