In a previous blog post, I shared a book Chemistry: A Very Short Introduction, by Dr. Peter Atkins. For my summer reading I wanted to get back to reading some chemistry non-fiction. I did, however, diverge from my original plan to read Eric Scerri's The Periodic Table: It's story and significance. Instead. "Four Laws That Drive the Universe" (with an alternative title of The Laws of Thermodynamics: A Very Short Introduction) became my next book as I so thoroughly enjoyed the writing style of Peter Atkins. The Kindle Version is only $6.15 and worth every penny in my opinion.

My purpose here isn't to summarize the content so much as whet your appetite for the book itself. After reading it, I was struck by  a few things. First, the idea that I have forgotten SO MUCH from my college physical chemistry  courses. And while this was but a brief refresher, it served the purpose of reigniting my interest in physical chemistry. Second, as a teacher we often focus on pedagogical discussions - but reading content-specfic books such as these are just as critical (if not more so) to keep our knowledge of chemistry content strong and current. And lastly, there is a vast amount of chemistry related non-fiction out there ready to be devoured. It just doesn't happen to get the popular press coverage of some other subjects and texts.

As you would imagine, Atkins starts his discussion in Chapter 1 with the concept of temperature and the zeroth law of thermodynamics. "The zeroth law establishes the meaning of what is perhaps the most familiar but is in fact the most enigmatic of these properties: temperature." He then delves into Boltzmann distributions and their relationship to temperature. Later, he actually laments the use of temperature when he wrote, "…Beta is a more natural parameter for expressing temperature than T itself."

The natural progression to the first law begins with the following start to Chapter 2: "The first law of thermodynamics is generally thought to be the least demanding to grasp, for it is an extension of the law of conservation of energy, that energy can neither be created nor destroyed. That is, however much energy there was at the start of the universe, so there will be that amount at the end. But thermodynamics is a subtle subject, and the first law is much more interesting than this remark might suggest." It is writing such as this that makes the reading more enjoyable than my memory of physical chemistry texts from college.

Chapter 3 takes the reader through the development of the second law of thermodynamics, suggesting it is, "…notoriously difficult, and a litmus test of scientific literacy." After introducing entropy, Atkins sets the stage for using the steam engine for a brute force discussion of the second law as such, "All our actions, from digestion to artistic creation, are at heart captured by the essence of the operation of the steam engine." I mentioned earlier I didn't intend to summarize the text. Rather, I wanted to share why the writing appealed to me. And here is the beginning of the last paragraph of Chapter 3: "The steam engine, in its abstract form as a device that generates organized motion (work) by drawing on the dissipation of energy, accounts for all the processes within our body." Maybe it's my love of trains and the steam engine, but I love this sentence.

Chapter 4 brings forth a discussion of free energy. Given that this topic is a constant struggle for my students, I'm grateful for the additional detail of this chapter compared to most textbooks. Atkins uses diagrams throughout his text that augment each topic.

The last official chapter begins with the following introduction to the third law of thermodynamics:

Atkins then dives into the concept of absolute zero. Two of my favorite lines in the book are within this chapter. First, "The challenge, partly because it is there, is to cool matter to absolute zero itself." I smiled at the reference to George Mallory and his reason for climbing Mt. Everest: "Because it's there." And second, "At this point, however, the wolf inside the third law hurls off its sheep’s clothing."

He finishes with a brief conclusion, ending with the following: "What I have sought to cover are the core concepts, concepts that effectively sprang from the steam engine but reach out to embrace the unfolding of a thought. This little mighty handful of laws truly drive the universe, touching and illuminating everything we know." And with that, one last reference to the steam engine.

A short "Further Reading" section is given, and I'm drawn to "The Second Law" as an opportunity  to gain even more depth.

What are you reading this summer? Any suggestions? 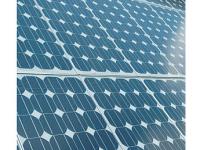