First, I have to provide a "full disclosure". I am going to review something called "Target Inquiry". I have spent the last three years at Miami University Ohio in the Target Inquiry program and one of the activities reviewed was written by Deanna Cullen, who is the editor of Chem Ed X. That being said....here is the review.
First, whenever I use new material, here is what I look for. Are kids learning? Given the time it takes to implement and grade the activity, do I get a lot of "educational moments" out of it? Does it fit into the culture of the classroom? Is there a great deal of "conceptually rich" material in the activity that students can build on? I believe that two activities I tried this week fit the bill.
The first activity is called "Trend Setter" by Deanna Cullen. You can access this at the Grand Valley State Targeted Inquiry site.  This activity is a periodic table activity. As a teacher, I was able to quickly make some color copies of a set of element cards with properties on each card. Students are guided on how to arrange the cards and they are asked about trends, patterns and the properties of a missing element card. The set up was simple. Groups stayed engaged. Students actually used the definitions of properties that we went over in previous classes. I was able to make a few simple adaptions (we did not get finished one day so kids took a picture of their card sort so the could refer to it the next day). Students recreated a similar organizational technique of Mendeleev. After the activity I did a quick "clicker" quiz in which students had to compare elements that were in the same period or family and they had to predict properties such as electronegativity, ionization energy and atomic radi. The vast majority of the students (about 80%) scored well and made good predictions.
Next, we wanted to look at the "why" of these trends. I used an activity by Barbara Hall called "More is Less?" from the Target Inquiry from Miami University site. I made a few minor changes. Students made Bohr models of eight elements. They had to figure out the number of protons, neutrons and electrons for each atom that was to be a model. Seven of the eight elements are in the second period with one in the third period. I used pizza tins and magnets. The activity does a great job of showing how the atomic radi gets smaller going left to right (which is a huge problems for most students). It is also a great and easy way to visually show students how shielding occurs. The pizza tins and magnets take a bit of time to set up, but after one year, it is something you can box and go to time after time. Coulombic interaction is a concept that tends to dominate everything from size, to bonding, to properties, to structure, and is an idea that we will always come back to throughout the year. If students take pictures of the models, they can always refer back to them.
I will be honest. I have a bit of emotional investment in the Target Inquiry activities. However, I have more of an emotional investment in seeing the "light bulb" go on in a student's head. It takes some time and work, but for me this is the really exciting part of teaching. I hope it is for you as well. If you have the chance, take a look at these activities, give them a try and let me know what you think.

Note - Both of the mentioned Target Inquiry sites require separate registrations and login. The resources are free and registration just allows them to track use for continued funding. 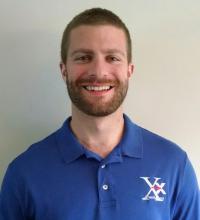 I recently introduced Trend Setter in my regular and Honors Chemistry 1 classes as we went through the Periodic Table and Periodicity. I had not used it before although I am familiar with GVSU's Target Inquiry activities. Similarly, students enjoyed the activity and having to problem solve when it came to getting the cards organized correctly. I had not thought of doing a clicker-style formative assessment afterward. I'll have to remember to try something similar next semester. We don't have clickers but I can set up a Kahoot for that purpose.

Thanks for the kind comments about my Trendsetter lab.

Have either of you tried GradeCam? The teacher creates handouts and then uses a mobile device or laptop to grade. I have been wanting to try it out myself. Takes care of the issue of no clickers.