Can you solve this chemical riddle?

Can you solve the chemical riddle described in the video below?

How does this chemistry demonstration work?  Specifically, why is it that some dyes change color upon addition of bleach while others do not?  Share a hypothesis or two in the comments below.

The solution to this riddle can be found here. Am supposing the bleach alters any yellow food dyes to colorless forms (turning green to blue; orange to red; yellow to colorless), but leaves the red and blue dyes unchanged. This reminds me a bit of the JCE Classroom Activity "A Kool Reaction from the Fine Print." The color of unsweetened Kool-Aid powder in water changes when steel wool is added. However, in that case, red and yellow change to colorless, while blue remains unchanged. I wsa amazed by the kinetic of my brain looking at the time I took to understand that deep chemical inquiry about transformation can be designed even without managing molecular concepts. This time was the same I took to solve the riddle and to discover its non triviality.. The fact that the kinetic is the same in the three reactions supports Erica's hypothesis. 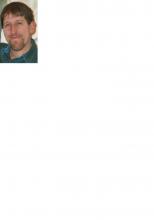 Bleach is an oxidant.  If a dye can be oxidized to a different colored species, then treatment with bleach will change the color.

Most food dyes are organic - azo compounds, phthalein structures - and these can be altered by oxidation.

So if a dye is already as oxidized as it can be - no color change.

If bleach is not a strong enough oxidant - no color change.

If bleach can oxidize the dye and the oxidized form has a different absochangeling the visible - color change.

I emailed a link to a google drive form to more than a hundred of current and past students of mine. I have got only 4 answers. One of them, Rudi, recognized that the final congiguration have color 1=5, 2=4 and proposed exactly the same explanation of Erica Jacobsen (and me). The irony of this story is that Rudi, who loves chemistry, cannot attend any chemistry class because he's compelled to work as a carpenter, to sustain himself and his father.

Talking with a collegue, he figured out a different interesting hypothesis: the red and blue dyes were pre-oxidized forms of the orange and green, while these latter are the same in the reduced state. The same could be obviously true also for Erica's hypothesis: we could have a blue and a red dye that is resistant to oxidation, as well as a couple of pre-oxidized dyes, whose color is unknown in the reduced form. But I prefer Erica idea because it explain that fading of yellow dye takes more or less the same time of the orange to red and green to blue color changes. My colleague Antonio has pointed out that with a test operated by means of a reductant we could check some hypoteses: a complete reversal to the initial configuration in case of Erica's hypothesis with inert red and blue dyes; a completely different final reduced configuration in case the blue and red were just pre-oxidized forms. or a sequence GOYOG in the case there are three different reduced dyes, Green, Orange and Yellow, that become Blue, Red, colorless after oxidation.