What is it a student should be able to do and explain? How do we find that out??? 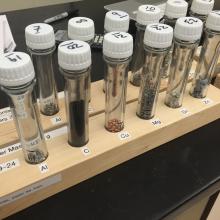 A perfect storm starts to form. We are on the concept of moles and I have some students who are struggling mathematically. It is a rough time of year to get kids excited. Many students are struggling with ACT and SAT prep and as a teacher, I am tired of test...test...test. Also, I had about two dozen 2 liter bottle "pre forms" that I needed to find something to do with.

All students must perform three tasks. First, they must physically do something besides just write answers on a piece of paper. All students have to collect some data that involves the mass and know what to do with it. Second, they have to be able to communicate their problem solving capabilities on paper. Having an answer, even if it is the correct answer, is not enough. They have to demonstrate a reasonable thought process. Finally, they need to get a correct answer. The closer they get to the correct answer, the better the grade.

Sure, this took awhile to set up. I have 24 different bottles. There are four sets with 6 different elements in each set and there are no two bottles that are the same overall mass. All data has been entered into a master spreadsheet so when a student provides an answer, I can check, provide immediate feedback within seconds and say, "Nice job" or "Try again". Most students generally make the mistake of forgeting about the mass of the bottle. Copying is virtually impossible. No two bottles are exactly the same. Students have three tries and I grade the best two. Also, they are up and moving around which tends to wake them up. Is this as good as a traditional "test"? That depends on the question..."What is it that we really want a student to be able to do and explain?"

This is a tough time of year to teach. Here is a thought...try to plan something this week in which your students will see you having fun, something you are passionate about, or both. As for me....I am kind of excited about trying to find a better way to see if students can explain the concept of moles....hopefully it will work. 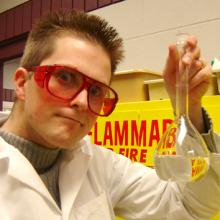 I have ventured to try a "performance assessment" piece on as many of my unit assessments this year as possible. The results have been really intriguing. There's been a significant portion of my students who struggle on the more traditional part of the test, but they can go into the lab and do chemistry. It has really pushed the "What should students be able to do?" question to the front of my mind. It changes how I think about instruction during the unit. It changes how the students think about their preparedness for the assessment. 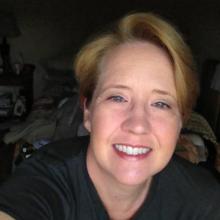 Do you only put elements in the preforms? or some compounds, as well?  [I, too, have some preforms that need a purpose!]

I put in elements but you could certainly put in compounds as well.  I did elements because we were just getting started with the mole.  You could do items like salt, water, glucose....Flinn has a great version of this in the "e-learning" series (https://elearning.flinnsci.com/) in which students actually are provided problems like, "provide your teacher with .15 moles of sodium chloride" etc.  First they have to solve the problems and then weigh it out.  Great activity, I just did not have the time in class so I tried to adapt it for what I had.  That being said...by all means...toss in some compounds...