For as long as I can remember, my students have done some type of hydrate experiment. It is usually sandwiched in between the concepts of empirical formulas, molecular formulas, percent composition and reactions. It tends to fit well there. The lab is basically a glorified empirical formula lab and it bridges a nice gap that leads into reactions. For years my students would heat the hydrates in glassware, burn themselves, break the glassware and splatter salts and thus their data, all over the lab bench. A few years ago Bob Worley came up with a great microscale technique. Essentially, it takes a used bottle cap without the plastic and this is used as the dish. Next, there is about a three inch machine screw that goes through a drilled hole in the cap. A nut is placed on the screw to hold everything in place and cheap pliers are used to hold the entire assembly over the flame. About two grams of hydrate fits in the cap. 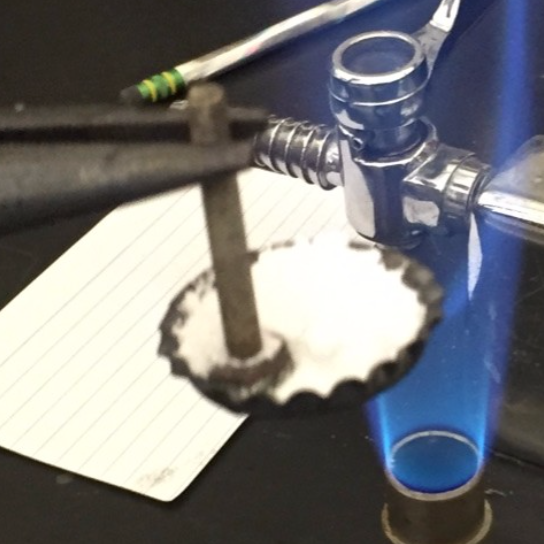 So here is how it played out when I tried this method with my own classes. Students were given some copper(II)sulfate pentahydrate. They recorded the mass of the empty assembly and then the assembly with the hydrate before heating. They heated the material to drive off the water. Before they measured the mass after heating they had to hand me their calculations and written prediction and then I let them measure the mass of the dish and the anhydrous salt to see how close their predictions were to the actual results. The good news is that most of the student predictions were within 1% to 5% of the actual value.  It was also fun as a teacher to watch them find the mass and see how close they got to their predictions.

The fun part was watching this as a teacher. Each of the groups thought that there was only one way to solve the problem and their way must be the correct way. This is where the yelling and screaming came in (O.K.....I exagerated about the cage fighting....but things got intense...). They were convinced that if their procedure was correct, any other way must be wrong. I did not tell them there was more than one way to solve the problem. Typically, we want students to defend their ideas and usually the teacher is the one asking the questions. This time it was the students challenging each other. I wish I could say that I planned this. It was just a happy accident. Afterward we talked about doing science that makes sense and having the courage to stick with your plan.

By the way, if you want to try this you can order the bottle caps online for a few bucks and get some screws and nuts at the hardware store. The whole set up cost me about $10 and should last a few years....my kind of lab. Maybe students are not using the same equipment as chemists, but I am more concerned that they think like chemists first.

Do you have a lab that challenges students in a different way? If so....don't be afraid to share... 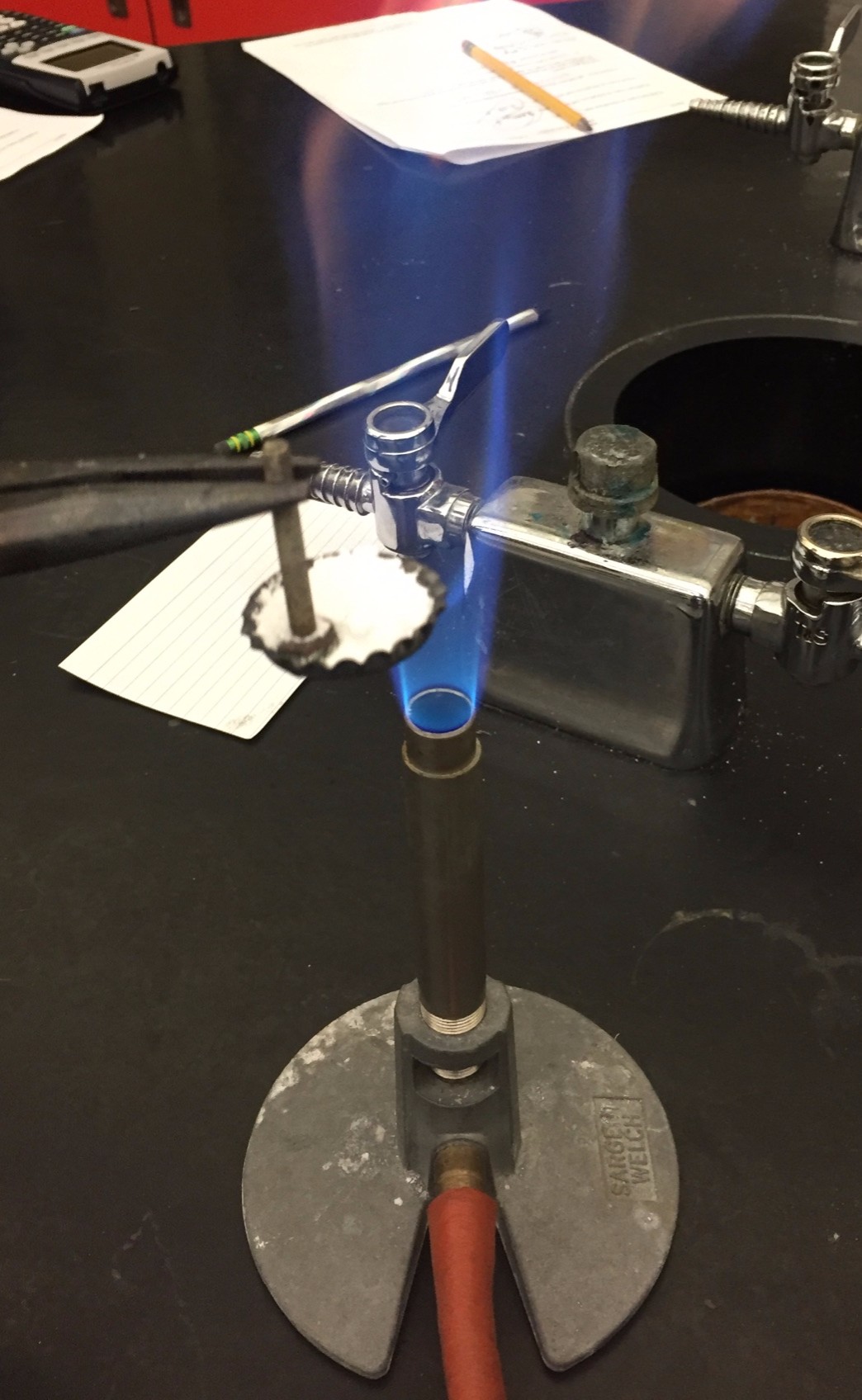 Colleagues in the States might like to go here http://microchemuk.weebly.com/6-reducing-the-cost-of-equipment.html for some backgound. Take care using a Bunsen because you can decompose the sulfate too far to give off toxic gases. A spirit burner will do.

This is a great idea- thank you for sharing.  I have had the same issues with kids spilling or breaking glassware, and this sounds like a great alternative.