Stoichiometry is arguably one of the most difficult concepts for students to grasp in a general chemistry class. Stoichiometry requires students to synthesize their knowledge of moles, balanced equations and proportional reasoning to describe a process that is too small to see. Many times teachers default to an algorithmic approach to solving stoichiometry problems, which may prevent students from gaining a full conceptual understanding of the reaction they are describing.

Modeling Instruction, developed at Arizona State University from the American Modeling Teachers Association (AMTA) has a problem-solving framework that helps students apply proportional reasoning to see the big picture of the reaction they are analyzing. This framework uses a table to organize mole data for the whole reaction instead of just isolating one part of the problem.

Let’s use the reaction between 5.0 moles of magnesium and excess oxygen gas to produce magnesium oxide. Students start by writing the balanced equation:

Once students have the balanced equation, they can begin putting information into the BCA table. BCA stands for before-change-after. Students start by filling in the quantity of reactants that are present before the chemical reaction happens. If no starting amount of reactant is specified in the question, students write “XS” to show there is more than enough reactant for the reaction to proceed to completion. Before the reaction has started, no products have formed yet so students write in zero.

The student now has a full picture of what is going on during this reaction, no matter what value the question asked for. This is especially useful for limiting reactant problems.

In the example below, the student can easily see which reactant is limiting and how much excess reactant is left without doing separate, seemingly unrelated calculations.

The BCA table also helps students quickly pick out the limiting reactant because they convert mass values to mole values in a separate step from applying the mole ratios. Since all stoichiometry is done in the BCA table, it is easy for students to convert between mass, molarity, gas volume and moles outside of the table, making it a versatile tool.

Larry Dukerich published a blog post, Conceptual Chemistry, about BCA tables in 2014 that you will want to refer to for more information.

This is a cool scaffold I've never used, but might incorporate into my unit this year.

Do you also teach AP chemistry? Do you find that this scaffold helps students think about equilibrium ideas (and ultimately the logic behind RICE tables often used to teach the mathematics behind the idea that every reaction at a constant temperature is goverened by an equilibrium constant)?

My students grasped the idea of ratios in stoichiometry using this method very quickly last year and then when we covered RICE/ICE table this year in AP Chemistry, they had no hesitation. I will not be going back to my old methods.

I agree Deanna, my AP Chemistry students were very comfortable describing ratios, whether it was BCA tables or creating 'for every statements', and it led to a better conceptual understanding of equilibrium.

Thanks for sharing your AP experience Deanna! I do not teach AP but I do use the idea of proportional reasoning based problem solving often in my class. I use a similar method from the Modeling Instruction curriculum to solve gas law problems. I will make sure to post on that as well!

I was looking online for some resources to teach stoichiometry using BCA on Monday and recalled some posts here on ChemEdX.

This may not be what is prescribed by modeling, but I've already taught the typical algorithmic method to my Chem II class (grades 9 and 10 intro class, basically). I realized I had wanted to try BCA with this group, so I'll be giving it a go on Monday.

I'll report back on the results of dipping my toes into this method at some point down the road. 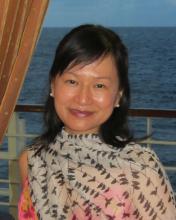 I was introduced the BCA method by a new collegue last year and tried it with my regular classes.  Students had no problem grasping the ratio concept.  Since I also teach them Factor and Label method to convert mass to mole, it was an easy extension.  I also show them the traditional one step set up using dimensional analysis to convert from mass to mass/particle problems.  I gave them a choice of which method they want to use on the test and quizzes.  To my surprise, most of the student chose the BCA method to show their work.  This year, I tried it again with my Honors class, and they mostly chose traditional dimenstional analysis.  I see valid points in both methods, and I am glad that students now have more than one way to solve stoichiometry problems. 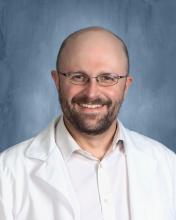 Thanks for sharing this!  I'm going to give this a try. 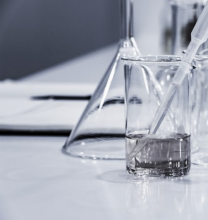