I was sitting at my laptop marking up some labs and realized I had some students that kept making the same mistake as previous labs. So…this got me thinking. How can I get students to more carefully utilize my feedback? (This isn't a post to bash my students that aren't using my feedback. It's as much an indictment of how I structure feedback as it is of their lack of using the comments.)  I will describe for you a technique I have used previously - with some success - which I have re-adopted this year.

But let's go back in time a bit, to last fall. At that time I wrote a post about how I use Drawboard PDF on my Surface Pro 3 to provide written feedback to students on their lab reports. I still utilize Drawboard, but wanted to try using a slightly different means of providing feedback. So I revised a lab report Comment Bank I created a few years ago to make it more relevant to the new IB criteria for Internal Assessment. And while some of the comments might be quite specific to IB, the idea itself - and some of the comments included - might prove useful.

So now when I provide feedback on a student lab, I write comments that refer to an online Comment Bank that students can view. See the image below. In the image, there are three specific comments, Eval.4, Eval.23 and Eval.24. The specifics of these can be found in the online Comment Bank. I use a Google Form, because I can add a comment any time. I tend not to change the numbering system, even though I keep thinking I'd like to re-order them to be a bit more logical. But what happens is I think of a new comment and simply add it to the end of the list. If a student has a previous lab with a specific comment, I don't want to mess them up with a new numbering system.

Does it work? I find that this allows me to give more detail in less time. And the feedback actually includes some guidelines/advice for the students about how to fix the errors - which is something my students have requested previously. So when a student receives their lab report back, they go to the online Comment Bank for the details.

I've attached the same lab below that I shared (with student permission) in the fall with regular feedback. This time many of the comments could be made by referring to the Comment Bank.

My goal in using this method is two-fold. First, I'd like to be more efficient with my comments - and this allows me to streamline that process. Admittedly the first few labs in any marking cycle are a bit slower as I reacquaint myself with the Comment Bank. But once I get in a groove and start remembering the specific comment codes, the process becomes faster. My second goal - which I haven't implemented yet - is to have students keep track of the comments. So after a few lab reports, if a student is getting the same comments, I'd want them to recognize that and actually work to improve the next lab with respect to that specific comment - getting better with each lab report. I'm hoping to implement that next year and see how it goes. I'll provide an update if/when I make that happen.

As I'm still in the middle of the process with my current group of students, I'll be getting some feedback from them - and reflecting on their lab scores as well - to see how effective the process is for them. That will be shared in a future blog post.

How do you make comments for students? Have you ever used a comment bank or something similar? Do you have any suggestions for comments I should include?

A similar approach can be implemented using Kaizena at https://kaizena.com.

Thanks for the link, Gianni! I am interested in knowing more about how you use kaizena in your classroom.

I like your ideas here.  I am interested in trying out a comment bank next year.  In looking over yours, I see that you tell students to refer to the rubric.  Would you be willing to share that?  Thanks.

Hi Christine! You can find the link in the 3rd and 4th paragraphs of Lowell's post. I plan on trying it myself! It is a great idea to have the list online for students to refer to! 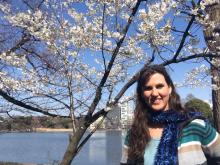 I have a comment bank on Turn-it-in which makes marking faster. Also there is a peer mark platform on this so they can mark each others which is also a useful exercise.

Thanks everybody for the discussion.

I've not yet tried Kaizena, but I'll give it a look. I have done video feedback before, so Kaizena looks interesting with the possibility of voice feedback. Hmmm...maybe some summer exploration.

As for the rubric, for my IB students we haven't yet made an "updated" rubric beyond the wording of the IB criteria for the new Internal Assessment - so it wouldn't be anything revolutionary. We're waiting for round 1 of the moderation to go through. Christine, a Google search for rubrics will probably turn up a rubric that is better than our generic one at this point.

And Merilyn, I've tried Turnitin.com and just never liked it to my satisfaction. It is certainly an option that a few colleagues have used. I like doing what works for you, so thanks for sharing that. The idea of peer review is great. I didn't realize Turnitin had that capability and will have to take a look.

One of the benefits I've found from the Comment Bank being a Google Doc (could be any cloud-based doc, though) is that I can change it on the fly. While marking some labs the other day I added a comment.

Thanks everybody for the ideas.

I'm also having a go at putting together a rubric for the IA.  I don't have grade 12 this year so I have some time to really develop it.  This is what I have so far.  Love any comments or feedback people could give me.  You should be able to comment directly on the doc.

I too struggle with providing quality feedback for students to learn from when receiving their graded lab reports. I have tried standards based grading for each lab component however it was not without its issues. I would love to collaborate with anyone who would like to try this out next year.