Why Do You Make Us Draw so Many Particle Diagrams? 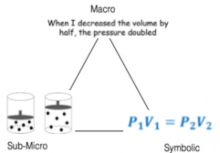 Recently, I asked my students to draw a particle-based model that accounts for the observed increase in pressure when a syringe full of gas is compressed. As they began, one student said, “why do you always make us draw particle diagrams?”

What a simple and yet loaded question. Reflecting on this question immediately brought to my attention partial memories of all the research I’ve read on this topic, the frustrating emotions felt when trying to help colleagues understand its importance in learning, and the numerous hours I’ve spent over the past decade creating questions that elicit a particle-based understanding. While there wasn’t enough time for me to adequately answer my student’s question, I thought this platform might be a good way to do it. So, what’s with all the emphasis on particle diagrams?

Living at the macroscopic level, it’s no surprise that understanding and effectively communicating chemistry concepts can often be a challenging endeavor. Attempting to rationalize our observations through particle-level interpretations requires us to think in less intuitive ways that often create a cognitive barrier for our students. And for good reason. Our students are novices that have yet to develop the ability to represent macroscopic phenomena at multiple levels. Consequently, many teachers end up overemphasizing a single level of understanding and equate success at that level with an understanding of chemistry as a whole. While evidence of understanding can appear in a variety of ways, when it comes to a chemistry concept, I always try my best to maintain the following standard for my students—if you don’t understand it at the particle level, then you don’t understand it. This simply means I make a consistent and intentional effort to prioritize the level of understanding in which our discipline occurs—the particle level.

The bulk of my reasoning for multilevel understanding stems from Alex Johnstone’s research,1 where he eloquently conveyed to the chemistry community a simply visual (figure 1) of how we think about chemistry concepts. While this informally became known as the “chemistry triplet,” I’ve always known it as Johnstone’s triangle. 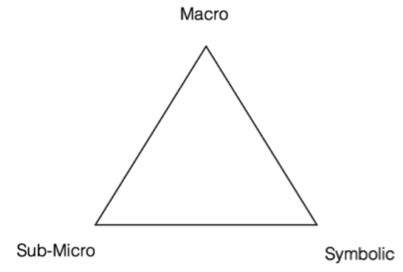 Simply put, chemistry educators can think of Johnstone’s triangle as three different levels of representing chemistry concepts. But what exactly is meant by the terms Macro, Symbolic, and Sub-Micro?

Sub-Micro (Model): representations supportive of qualitative explanations of phenomena, such as particle-level drawings

Symbolic: representations supportive of quantitative explanations of phenomena such as equations and formulas

Due to the inherent nature of chemistry, it’s not hard to imagine how almost any concept could be represented within each level to some degree. For example, consider a topic on gas laws (figure 2). 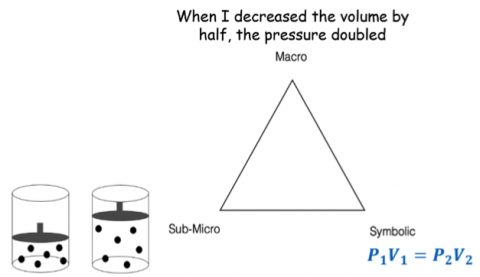 Figure 2: How the pressure-volume relationship could be represented at multiple levels

As a chemistry teacher, the simple fact that most of the concepts we teach can be represented at multiple levels isn’t very surprising. In fact, it’s likely that you make use of these levels to some extent on a weekly basis without really thinking about it in a formal way. That’s because it’s almost impossible not to hit one or two of these levels when teaching. So, what exactly is the point I’m trying to make here by talking about this topic?

The problem lies with the disproportional amount of time and attention teachers give to the most abstract level, the symbolic level, when providing instruction. As Johnstone argued, even though it’s relatively easy for experienced teachers to consider multiple levels simultaneously, it’s not reasonable to assume novices can do the same. The way I see it, when we provide instruction, it can be easy to fall into one of the following traps.

1) Instruction is provided in a way that assumes students can easily transition from one level to the next with fluency when describing a phenomenon (i.e. instruction takes place at the center of the triangle).

2) Instruction is provided in a way that is too heavily focused on one level, usually the symbolic level, and assumes that students can transition to other levels OR simply devalues the other levels when it comes to evidence of understanding.

Though I have been routinely guilty of trap #1, the concern this post is addressing is trap #2. Take a look at your textbook, notes, worksheets, labs, etc. and you will likely see the majority of concepts being communicated are at the symbolic level. For example, think about chemical reactions. If I were to ask you to teach me about the reaction between hydrogen and oxygen, it’s likely that one of the first things you would show me is the chemical equation.

The hard part about this is that it seems totally reasonable. However, we must try to continuously remind ourselves that we are fluent in the meaning of all kinds of symbols used in chemistry, but our students are not. Since we are fluent, our working memory isn’t at risk of being overloaded since we have trained our brain to consolidate much of the information from the symbols. Even for the simple reaction above, the way our students organize and process these symbols in their brains is vastly different from us. Take a moment and think about all the information the symbols in this reaction are communicating.

When students get tripped up with any of the ideas above, we try to intervene and provide clarification. For example, we might start drawing particle models of what H2 means compared to 2H2O in order to clarify the difference between a subscript and a coefficient. The problem is our realization that it might be helpful to incorporate the use of both levels (particle & symbolic) to represent the meaning of these symbols was only the result of us realizing students were confused rather than us recognizing the value in this approach in the first place. This doesn’t mean it would be helpful to teach at multiple levels simultaneously. Instead, it addresses the need for us to recognize the utility in representing chemical phenomena at different levels when the time is appropriate. I anticipate some students will have a misconception about the meaning of subscripts vs. coefficients. So, I specifically allocate time within my initial instruction to address the meaning of these ideas at the particle level in addition to the symbolic level. All this is really doing is attaching meaning to symbols instead of using symbols and assuming that students understand their meaning simply because you mentioned something about it. Whether it’s focusing too much on one level or unwittingly moving from one level to another, the end result is the same—students fail to integrate the levels appropriately. As the chemistry education researcher Dorothy Gabel2 puts it, “The consequence of this is a fragmented view of chemistry with many puzzling parts that do not seem to fit together.”

If our goal is to improve conceptual understanding, then we must recognize the priority that should be placed on helping students relate all three levels of representing matter. So, the next time you are doing a lab or creating your notes, think about approaching chemistry topics with multiple levels in mind. Not only will this help you target misconceptions with greater ease, but you will gain a better view of what your students actually think.

Do you make your students aware of Johnstone's Triangle?

I mention it throughout the year from time to time, but not in any formal way. I'll bring it up when talking to students about what it means to understand chemistry just to make them aware of the variety of ways concepts can be represented. In the past, I've thought about making more of an intentional effort to explicity incorporate this multilevel approach within that actual curriculum (e.g. asking students to represent a gas law in all 3 ways on a quiz or something) but I have yet to act on that. For now, it's more of a pedagogical approach so I just continue to integrate it throughout instruction and assessment without formally referencing the triangle itself, if that makes sense.

How old are your students when you introduce them to the Johnstone's triangle?

My students are typically 16 or 17 years old.

Why Do You Make Us Draw so Many Particle Diagrams? Teaching and Evaluating Science Practices—Planning and Carrying Out Investigations