How Does an Orange Peel Pop a Balloon? Chemistry, of Course!

There is a new experiment circulating the web.  Check it out:

Isn’t that cool? The juice from an orange peel causes a balloon to pop. When I first saw this effect I immediately thought to myself, “what is the chemistry involved in this experiment?” After quickly searching the web, I found several claims that a compound in orange peels called limonene (Figure 1) is responsible for this effect.  Limonene is a hydrocarbon, which means that molecules of limonene are composed of only carbon and hydrogen atoms. Limonene is responsible for the wonderful smell of oranges, and it is a liquid at room temperature. 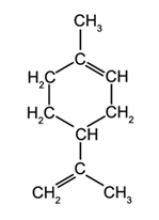 So what does all this chemical information have to do with balloons popping when squirted with orange peel juice? Well, balloons are made primarily of rubber. Like limonene, rubber is a hydrocarbon (Figure 2), so it’s non-polar as well. It is well known by chemists that non-polar substances dissolve well in other non-polar substances (we like to say that “like dissolves like”). Therefore, when the limonene oil contacts the surface of a balloon, some of the rubber balloon dissolves in the limonene. This weakens the balloon, causing it to pop.

Figure 2 - Chemical structure of rubber (chemical name: cis-poly isoprene). The pattern of atoms seen here is repeated hundreds of times over to make a very long molecule called a polymer.

We wanted to test this claim that limonene oil is responsible for balloons popping. So we extracted some limonene oil from orange peels using a procedure published in the Journal of Chemical Education. Sure enough, limonene placed onto a balloon causes it to pop:

Interestingly, we have observed that not all balloons pop when squirted with an orange peel:

Why is it that some balloons pop in this experiment, while others do not? It has to do with chemistry, of course! The cis-poly isoprene molecules in rubber are very long molecules called polymers (see Figure 2 again). In natural rubber, these long molecular strands can readily separate from one another. Because of this molecular property, it is easy to get rubber to break into pieces or to dissolve in various solvents. This property of rubber can be changed through a process called vulcanization. During vulcanization, rubber is treated with sulfur. Vulcanization causes polymer strands to become connected by sulfur atoms (Figure 3) in what is called a cross-link. While the chemistry involved is more complex than indicated in the figure, the effect of vulcanization on rubber makes it very difficult for polymer molecules to separate from one another. Because of this, vulcanized rubber is tougher to break apart and more difficult to dissolve than normal rubber.

EDITOR'S NOTE - Laura Wang has expanded Tom’s work by creating a QFT Task Student Handout, a Balloon Lab Design Proposal as well as a rubric (for the audience and the teacher) for the group presentation she assigns her students. Read her 8/2017 blog post, Mini-Project Sequence: Orange Peels and Polarity.

We have captured slow motion video of a water balloon (filled with water) popping after being squirted with juice from an orange peel.  Interestingly, it appears that water escapes from tiny holes in the balloon prior to the balloon popping.  I think this indicates that tiny droplets of the orange peel juice land on the balloon in different regions.  These droplets, which contain limonene, dissolve small portions of the balloon, allowing water to escape.  Is there anything else you can see going on in this video?

This widen my understanding and answers the questions that I have in my mind. I can now make my project.Thanks you for having a discussion right here. I appreciate your efforts. Student like me appreciate this so much.

I recently received the following email from David Allan regarding this experiment. He was having trouble posting his comments, so I will share them with you here:

I came across this article in my news feed and thought of your experiment. The findings don't change any of your conclusions, but may add some nice background information when performing the demonstration. I don't know if this is the original link I found, but it shows what I wanted to share with you: http://www.sciencemag.org/news/2017/01/video-reveals-why-there-s-no-clean-way-peel-orange 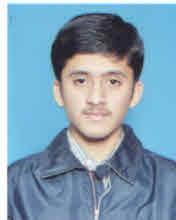 Thank you for your question, and also for sharing your interesting observations. I'm not sure what accounts for your observations. My hunch is that nitric and sulfuric acid dissolvie the rubber membrane of the balloon. Indeed, I did a bit of internet searching, and it looks as though some acids, including nitric and sulfuric, will dissolve some types of rubber under certain conditions.

I'd like to try to repeat your experiment. Would you mind letting me know what concentration of each acid you added to the balloons?

Thanks again for sharing and for your question!

Hi Angelica, thank you for your question. My understanding is that this is a physical change, with the compound(s) in the balloon dissolving in the limonene.