A few years ago, I started volunteering at an elementary school’s science night. Those kids literally run from table to table to see and experience and do all kinds of different things from handling walking sticks from Madagascar to making bouncy balls from glue. Their enthusiasm and curiosity is contagious.

Around the same time as those science night’s started, I discovered Twitter. There were so many teachers sharing ideas and letting strangers, like me, peer into their classrooms. I continue to learn so much from so many! One of the most important discussions I found on Twitter was Ramsey Musallam’s (@rmusallam) tweets and blogs posts about “sparking curiosity” with short video clips. This idea of generating curiosity seemed especially prescient given all those elementary students I had watched running around, wildly enthused about Science.

I wanted to generate enthusiasm and curiosity! And, my students enjoyed labs and demos; the how-cool-is-that moments were always great. I decided that was going to be my shift: I would do labs first. The only thing to do was to jump in and try it. The transition was not exactly smooth and not everything went as planned. I struggled in the beginning with the success of those initial trials, sometimes forgetting the purpose of going lab first. However, the pay off and the impact of front-loading this information were huge for me. First, it really helped some students frame abstract ideas of atoms and symbols in something concrete. It also disrupted their misconceptions in a way lecture-first rarely had. Most importantly, it was a common experience my students and I could constantly reference. The reality is that my students came with different knowledge gaps, different science and lab experiences, and doing a lab first ensured they all had a bit more equal footing moving forward. The goal was not for my students to walk away from that one lab experience knowing everything, but rather to have a foundation to build upon as they progressed through the unit. Additionally, it gave me (and I think every Chemistry teacher) a hook, a way of drawing my students in, a means of showing them Chemistry isn’t just theoretical. Chemistry is part of their daily lives.

The choices for what to use are limitless. The types of labs or activities can range from procedural to inquiry, from qualitative to quantitative; it just depends on the topic. The point is the students experience Chemistry without being told or shown it; their hands and minds are engaged.

One of the early experiences students have is massing bags of chips. Their goal is to decide how accurate and precise the mass is that is printed on the bag. It is a surprise to them when, most of the time, the bags are neither precise (rarely are several bags within 0.2 grams of each other) nor accurate (there is almost always more in the bag than the label reads). My goal with this is to start making the connection between the classroom and the ‘real world.’ I want them to start seeing that the classroom is the real world, it’s not separate, and what we do has implications in their day-to-day life.

A slightly more structured first lab is the heating and mixing various chemicals to produce changes. Some of the chemicals are things they are already familiar with, like table salt, water, and wax, while others are new, like copper (II) nitrate. Their goal is to figure out how the changes are different and why they are different. Some of them start making the connection to cooking: melting butter versus browning butter. It’s corny I know, but I get excited by those conversations. I also get to reinforce these ideas in later labs; build from one to the next.

Another example is playing with a 9-volt battery and electrolyzing water (the water actually has a little bit sodium bicarbonate dissolved in it). This is the poor-person, qualitative version of a Hoffman electrolysis apparatus. (If you are interested in trying something like this, Chad Husting blogged about a similar idea in Hoffman Apparatus on the Go.... and Deanna Cullen followed it up with Build Your Own Hoffman Apparatus.) The students make it with thumbtacks, small plastic containers, and small plastic test tubes. They then observe the electrolysis of water and see one of the test tubes collecting more gas than the other. It’s the perfect introduction to stoichiometry for me (and electrolysis in advanced Chemistry).

It’s no surprise how important it is to students to see things with their own eyes, but it is surprising how often they bring up past experiences with each other. The benefits of lab first are worth it for me and I have never regretted the change.

I agree. For learning about such topics as reaction types, stoichiometry, intermolecular forces, gas laws, etc. I enjoy having them see interesting things happen in the lab first. Once they become curious, they tend to ask questions about why the substances behave the way they do.

I have had great experiences when I start a unit by doing a lab and having students collect the data.  We then get into discussions about "What do we need to know to figure this out?".  This can lead to a need to know basis and create a great classroom culture.  I recall, although I don't have the paper handy, that there is educational research to support this.  Anchoring activities can be a great resource to allow kids something to "hang their hat on".

Great post, Ann! I agree, I’ve found students are MUCH more engaged and enthusiastic when given the opportunity to play with chemical concepts first, rather than later. I used to present didactic information first, and then have students explore it, but if they have a kinesthetic experience with the phenomenon first, they’re more able to connect back to it when learning the ins-and-outs later. :-) 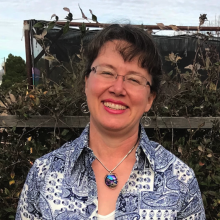 There is something about seeing Chemistry in action! It makes a difference.