The Perfume Smells formative assessment asks students to identify trends in the ingredients of perfumes and developing connections between scents and chemical structure. This FA targets structure-property relationships, which answers the question “How do we predict the properties of materials?”, by getting students to think about how properties of the molecule, including scent, are determined by molecular structure. The formative assessment focuses on how functional groups can be predict the smell of organic compounds. In Part 1, students have to process that the overall smell in a perfume or cologne may be due to many of the molecules present in the cologne. In Parts 2 and 3, students will need to understand that molecules often have many functional groups, which can sometimes have conflicting smells to them (such as sweet, minty, and fishy), and then they will have to predict how these molecules will behave.

In the FA task, students use this

Perfume Smells worksheet to guide their activity. Students initially work through parts 1-3 of the FA in small groups. After completion of the first three parts, the worksheets are collected and a whole class discussion is held. Students are then given part 4 of the assignment and again work in groups to complete it.

This FA task was tested with high school chemistry students, grades 10 and 11, at a selective school (Boston Public Schools Exam School). In the class in which it was tested, the students had recently completed a lab activity in which they sorted substances by functional group and smell. Following completion of this FA, students completed an esterification experiment in which they converted alcohols and carboxylic acids to esters.

I may choose to change the wording in the final question of Parts 1 and 2. Most students gave similar answers about the patterns that they saw, but asking specifically “the greatest effect” has the students making a judgement without enough background, and I think it is not making them realize that smell from a perfume is the sum of many molecules in the mixture. The same is true with identifying functional groups in the perfume molecules. However, it was clear in their answers to Parts 1-3 that they have a strong foundation in structure-property relationships.

I was happy with the students’ responses to part 4, even though the answers for question 2 were incorrect. What they were able to identify is that they had to combine two molecules that both had an oxygen bonded in a certain way (one oxygen double bonded to carbon–like a ketone, and one oxygen that was bonded to two separate carbon molecules–like an ether. This should some understanding of structure-property relationships and chemical mechanism.

Part 1: List 4 patterns you see in the list of ingredients for the perfumes/colognes. Which molecule do you think has the greatest effect on the smell of perfume/cologne? Explain your thinking.

Part 2: Name three patterns you see among the three molecules. What part of the molecule might cause it to have the greatest effect on the smell? Explain your thinking

Part 3: What functional groups can you find in the perfume ingredients from part 2? Explain your thinking.

Part 4, Question 1: What functional groups are similar to esters? Explain your thinking.

Part 4, Question 2: What functional groups can combine to make an ester? Explain your thinking.

Part 4, Question 3: Propose a molecule that would make an unpleasant smell? Explain your thinking. 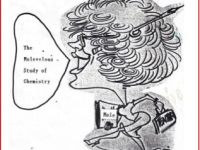