The electroplating copper activity is a formative assessment (FA) task that targets chemical mechanism. Thus, its aim is to give teachers opportunities for learning how students think about how chemical processes occur. In this FA task, students are asked to focus on how electrons “flow” and what this has to do with chemical changes in substances. They are asked to consider the properties of the different substances involved. Then they observe a chemical process occur and come up with ideas about what they think is going on.

This FA task was tested with high school chemistry students. In the class in which it was tested, students had recently started learning that atoms contain electrons, which can be added or removed (essentially the plum pudding model). Specifically, they had been exposed to the following:

During the activity, students first do some initial work so they can remember learning about some key concepts: how to identify metals, non-metals/covalent compounds, and ionic compounds by their chemical formulas, and properties of these classes of substances. Next, groups of students receive the following materials:

Electrons and Chemical Change worksheet to write down their observations.

After reviewing student work with other teachers, the main patterns I noticed were that students were incorporating prior knowledge, recognizing that a chemical change was taking place (as evidenced by words like “rusting”, “corroding”, and “burning”), and attempting to incorporate moving electrons and/or charged particles to explain WHY these changes were taking place. In the future, I think I might think about doing this FA twice in the same unit – coming back to it at the end of the unit and trying to re-explain our observations using what we learn about electrons, “noble gas envy”, and chemical change over the course of this unit.

What COULD be happening: 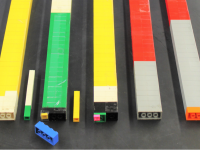