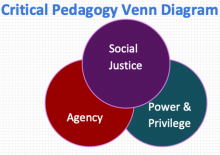 “The classroom remains the most radical space of possibility in the academy…Urging all of us to open our minds and hearts so that we can know beyond the boundaries of what is acceptable, so that we can think and rethink, so that we can create new visions…”(hooks, 1994, p.12). I recently participated in a conference known as the Digital Pedagogy Lab as a fellow, which required leading a workshop (or an equivalent). I chose to structure my workshop around the ideas of critical pedagogy and STEM, and particularly how we use these ideas in a practical way in the classroom (both F2F (face-to-face) and DL (distance learning modalities)). This blog is the first of a two-part series on these topics. But first we need to define critical pedagogy and how it differs from critical thinking.

Critical thinking asks why and how individuals base their life choices on unsubstantiated truth claims (i.e. fake news). Critical thinking enables and encourages these individuals to develop the ability "...to be more discerning in recognizing faulty arguments, hasty generalizations, assertions lacking evidence, truth claims based on unreliable authority, ambiguous or obscure concepts,..." (Burbules & Berk, 1999, p. 2). Critical thinking replaces distorted thinking with thinking based on reliable procedures of inquiry. An example of this kind of thinking is when we ask students about the energy required to break bonds. Some students counter with the idea that bond breaking releases energy. I often reply, "How then would we gather evidence for that? And why are any bonds formed at all if the universe is trying to exist in the lowest energy state possible?"

"Critical Thinking means that the critical person has not only the capacity (i.e. skills) to seek reasons, truth, and evidence, but also that he or she has the drive (disposition) to seek them" (Burbules & Berk, 1999, p.5). Critical thinking assumes context can be separated from the problem at hand and, for critical thinking, the weighing of evidence is crucial. Reason and evidence, which overlap in the Venn diagram below, are the most effective ways of accomplishing this task. Evidence comes first as the logical argument (reason) typically emerges from the evidence collected. And yet, this reminds me of something else…

The image immediately above is my version of the Scientific Method (Sorensen-Unruh, 2018, p. 36). The design reveals an underlying question: How many times would we, as scientists, ideally like to repeat this process? The answer reflects the design layout- infinite times. The image also shows the iterative nature and experimental heart of the method (Sorensen-Unruh, 2018). That iteration and experimental nature are also foundational to criticality. Critical thinking is an iterative process where evidence is generated experimentally, or found via a literature review and then reasoned through logical arguments. The dotted lines, which show important connections in science- the theory or model formulated as a result of experiementation should reiterate the original hypothesis or change it in ways made clear in the analysis/results, and the analysis and results should reiterate the original observations or literature review findings- help us build critical thinking reflections into the logical arguments formulated.

Critical pedagogy asks what influences educational knowledge (and cultural formations) in a way that perpetuates or legitimizes unjust status quos, specifically those status quos that continue to oppress underrepresented groups. Critical pedagogy enables and empowers a critical capacity in individuals that gives them the power to resist societal norms that systematically oppress the least powerful. Critical pedagogy’s primary preoccupation is social justice – "...how to transform inequitable, undemocratic, or oppressive institutions and social relations..." (Burbules & Berk, 1999, p.3). Critical pedagogy regularly asks, "Even if claims are 'true', are they just?" In critical pedagogy, context matters! "The critical person [pedagogue] is one who is empowered to seek justice…the critical person is adept at recognizing injustice [and] that person is also motivated to change it" (Burbules & Berk, 1999, p.7). Both critical thinking and critical pedagogy ask "Who? What? Why?" (These questions work in tandem with weighing evidence for claims). The Critical Pedagogy Venn diagram above reiterates the importance of social justice within the critical pedagogy frameowrk by placing it in the front of the other two. Agency (i.e. the individual's ability to make choices regarding outcomes that affect their lives) and Power & Privilege interconnect with Social Justice and are important underlying concepts for social justice. Specifically, student agency involves giving (i.e. ceding our authority) to students choice in their own learning. "Social justice is the idea of acting with equality, fairness and dignity to all human beings" (Social Justice, n.d.). Power and privilege involve our evolving and reflective understanding of what position we truly inhabit in the classroom.

So which of these two methods of learning and using criticality is the better one? My answer reflects Burbules & Berk’s (1999) perspective– I think the two methods must be held in tension with one another, and the particularly interesting (and helpful) components teased out of each. In other words, both methods have so much to offer, and knowing both enhances the experience of the individual and society.

4. Social Justice. (n.d.). In Your Dictionary. Retrieved from https://www.yourdictionary.com/social-justice 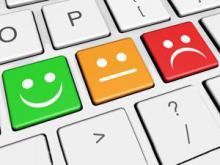