Connecting the Macroscopic to Microscopic: Electrochemistry This year my state adopted our version of NGSS and as a result I have shifted the design of each unit of my curriculum to allow for more student questions and curiosities to drive the instructional flow. The goal of this introductory lesson I will share with you was to utilize the crosscutting concept, structure and function, as a means to model pre-conceptions of a voltaic cell.

The NGSS structural shift begins each unit with a phenomena to engage student understanding. The phenomena do not have to themselves be phenomenal but rather pique curiosity and engage students. To begin the electrochemistry unit I set up a standard voltaic cell with an LED light. The lesson began with a conversation with my students about how many kids at the elementary level science fairs apply the same chemical principles of a voltaic cell to create lemon batteries. Many students themselves admitted they had at some point in time created an at home battery via food at some point earlier in their science education. I then asked them to draw a picture and explain how the voltaic cell works, prior to instruction. To decrease the stress involved in explaining something unfamiliar, the students were instructed to “sell the class” on their story/explanation and it didn’t matter if it was right or wrong.

While I have some high functioning students, not one child/group could actually explain completely why the cell worked as it does in chemical terms. This simple activity hooked my students for the unit and they wanted to know whose “story” was closest to the actual one. Prior to entering my classroom students have taken physical science where they learned about electricity and the mechanism of a circuit. However, this was in seventh grade and they have since taken biology, earth science and chemistry so it’s not unreasonable for students to have an idea of how a voltaic cell works but at the same time it’s been three years. So, the expectation is that they will not remember an explanation. I genuinely enjoyed learning the preconceived ideas students generated for voltaic cells and was happy my students became so curious about finding out whose predicted model was closest to being correct. The following section summarizes the major ideas put forth.

Many students focused their explanation of how the voltaic cells worked around the idea of mobile electrons and ions creating current. Students have learned about metallic bonding previously and that metals are good conductors of electricity. Therefore many tried to pull the idea of mobile electrons into their explanations. One group suggested both metal electrodes lose electrons and then enter the solutions and mix with ions which allows a current to flow. Some students described the metal ions in the solution as the means by which the light bulb was lit, but were not able to expand beyond that or explain why the ions moved or why mobile ions were involved in keeping the light bulb lit at all. 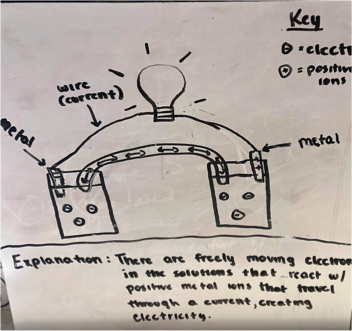 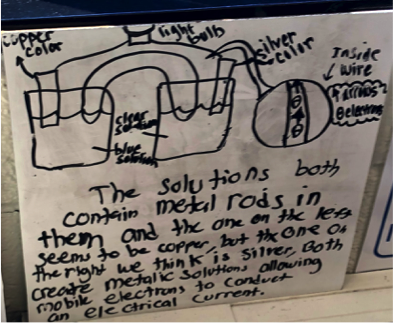 Figure 1 -Two samples of student drawings of an electrochemical cell prior to learning about the topic.

Some students explained that the metal electrode loses electrons and the ions enter the solution and form an ionic bond with the negative ions in the solution. This process releases heat since bonds are formed and this energy travels to the light bulb and lights it up. A couple of groups mentioned that electrons travel to the light bulb and transfer electrical energy into light energy. Other groups mentioned there is a chemical reaction in the solution that produced heat and since energy cannot be created or destroyed that energy transfer must occur and most likely is that which excites electrons and why we see light. 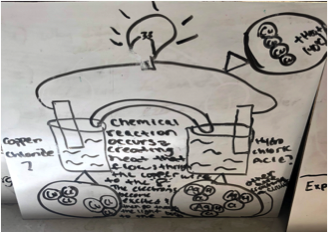 Figure 2 - Sample #3 of student drawing of an electrochemical cell prior to learning about the topic.

Electrons fall from excited state to the ground state was a common idea for why the light bulb was lit. Students learn about light and spectra in the atomic unit and this idea of energy emission as electrons fall from a higher energy level to a lower energy level was the model that arose in all my classes. Some students mentioned that the mobile electrons constantly collide with each other and generate heat which causes electrons to get excited and jump up to a higher energy level. Other groups stated that the electrons gain energy as they flow through the solution and reacts with the ions to get the electrons excited.

Why is the solution blue?

One group proposed the idea that there was an acid base indicator in the solution and that was responsible for the blue color observed by the copper(II) sulfate. Another group suggested that the solution was gatorade and that’s why people say it’s an electrolyte since it conducts electricity. These two ideas never even crossed my mind, but definitely were conversation pieces in the following lessons! 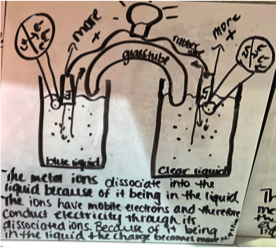 Figure 3 - Sample #4 of student drawing of an electrochemical cell prior to learning about the topic.

Figure 4 -Whiteboard drawings around the classroom.

The diagrams and boards were all displayed around the room for the unit. We were able to come back to the drawings and re-model how the voltaic system functions at the end of the unit, to describe what happens when food is used as the electrolyte such as the case in a lemon battery. It’s a work in progress, but overall there was better engagement and desire to understand the purpose of each component of the voltaic cell and how it functions. Many students even said this was their favorite unit, which is definitely a plus!

Awesome article. Starting new NGSS curriculum next year so heavy planning. Let’s talk and would love to bounce some ideas.