Why is Chemistry so Difficult?

One reason so many students find chemistry difficult is the abstract nature of the concepts (Yakmaci-Guzel, 2013). Research based on the constructivist model of learning has shown that as an educator teaches, the learner makes meaning of the content by drawing from their background knowledge, attitude, abilities and everyday experience and this often results in a different construct than that of the teacher (Barke, Hazari & Yitbarek, 2009).

What makes chemistry more complicated is the structure of American high schools, where each discipline is taught one year. Students are taught enormous amounts of content, with massive books that they cannot learn from, leading to cognitive overload. It is no wonder that other countries that learn the same content over multiple years, are outperforming the United States in science as revealed from benchmarking studies such as TIMMS (Achieve, 2013). Johnstone (2009) suggested a total reexamination of high school chemistry because the subject “turns off” so many students because it is so decontextualized and not often linked to the real world. Could you imagine if students were taught Spanish year one, followed by Italain year two, followed by French year three? While the idea sounds absurd, American high schools often follow a cognitive overload of subject knowledge filled with new content specific vocabulary year each year (Sheppard, K., & Robbins, D., 2006). Although much research regarding student difficluties in chemistry has been conducted regarding the various chemistry topics taught in schools, there seems to exist a large disconnect from the science education research community and that of the science teacher realm. While it seems logical that science education research data regarding student misconceptions should be used to guide instruction, it has been shown that “nine out of ten instructors are not aware of the research on student misconceptions, or do not utilize ways to counteract these misconceptions in their instruction” (Gabel, 1999, p. 552).

How Can Instruction be Modified?

Current research has come to agree that students enter the classroom with knowledge or beliefs about science and that in order to successfully transfer knowledge a bridge needs to be created between the existing concepts and the new scientific ones to be added (Driver and Erickson, 1983; Taber, 2000; Barke, Hazari & Yitbarek, 2009). Since students bring alternate conceptions to the classroom, prior to beginning topics, teachers should probe their students to determine what they know so that their planning of the unit can enable further learning to occur (Taber, 2003). To determine student misconceptions, teachers can have students complete a pencil and paper diagnostic multiple-choice test that offers common misconceptions as a possible answer choice (Taber 2002). However, conceptual change methodologies, those that involve taking previous conceptions students have into account and planning with them in mind, have been the most common method used (Akbas & Gencturk, 2011). An example of this would be showing students two different diagrams, one of a crystal of sodium chloride and one a solution of sodium chloride and asking students to determine the similarities and differences, as a diagnostic tool to find alternate conceptions (Taber, 2003). Akbas & Gencturk (2011) found concept mapping, a valuable conceptual change model at decreasing student misconceptions, however noted that in some cases misconceptions still remained. Another method that has been found effective at eliciting misconceptions involves the use concept cartoons where students debate, argue about and attempt to justify a concept (Chin & Teou, 2009). Concept cartoons contain not only cartoons of correct information but commonly held misconceptions. This difference in viewpoints enables students to think critically to determine the correct concept and afterwards reflect on their learning (Chin & Teou, 2009).

Understanding that students have pre-exsisting ideas about science when entering the classroom, the research of Khourey-Bowers (2011) showed how teachers should incorporate a conceptual change model to address misconceptions before, during and following instruction. This method calls for students to first reveal their prior knowledge followed by a lesson and expert perspective. The teacher creates opportunities that allow students to be dissatisfied with their misconceptions and then replaces it with a correct model, which when applied leaves the students satisfied with the results as they are now more able to handle the abstract nature of chemistry. The following table summarizes the top ten strategies of Khourey-Bowers (2011) research addressing student misconceptions in science (see Table 1).

In efforts to make the abstract nature of chemistry more familiar to students, teachers often use analogies, metaphors and models (Gabel, 1999; Taber, 2003). While analogies have strengths such as visualization of abstract concepts, the comparison to something similar in the real world and motivational function, textbook authors and teachers who rely on them, need to be aware of their flaws including analog unfamiliarity and student’s cognitive ability to understand them (Thiele & Treaguest, 1994). Additionally, although trying to help the student establish a topic more concretely, sometimes students take the device too far and transfer incorrect information as is evidenced in the metaphor of the atom to a solar system (the forces in both of which many high school students are unclear) (Taber, 2002). Moreover, in efforts to reduce the complicatedness of chemistry often teachers will reduce the amount of content, but this over-simplification leads to confusion for students who move on to higher levels of chemistry (Barke, Hazari & Yitbarek, 2009). Research suggests using a conceptual change model to facilitate the integration of new knowledge with personal knowledge (Krajcik, 1991). If teachers are better prepared with literacy strategies to tackle the abstract nature of chemistry and combat student misconceptions through conceptual change models, perhaps students will not leave high school with the impression that chemistry is a “killer course” and instead be imbued with the enthusiasm to embrace the subject further.

Driver, R., and Erickson, G. (1983). Theories-in-action: Some theoretical and empirical issues in the study of students’ conceptual frameworks in science. Studies in Science Education. 10, 37–60.

Gabel, D. (1999). Improving teaching and learning through chemistry education research: A look to the future. Journal of Chemical Education, 7(4), 548-554.

Lemma, A. (2013). A diagnostic assessment of eighth grade students’ and their teachers misconceptions about basic chemical concepts. African Journal of Chemical Education 3(1), 39-59.

Stephanie please look at the November J Chem Ed issue highlighted on this site and look at David Paterson's article. Many teachers in the UK are finding this approach quite successful.
You could ask the question, why does Stephanie (or myself, Bob) find chemistry so easy? Well I don't but I like the battle, even in retirement (hah!)
My interest in microscale chemistry though is making me understand the subject far more than when i taught it.
Cheers 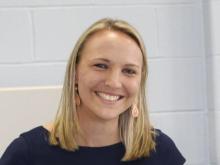 Bob, thank you for sharing the article, it was a very interesting. I agree the cognitive demand of students in laboratory is tremendous. The use of integrated instructions looks like a promising method to support students in understanding what is going on during the practical works sessions which ultimately (one would hope) would increase confidence in the subject matter. 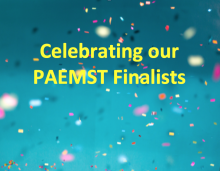 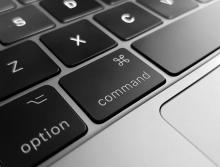