I was at a workshop recently, when a friend suggested I read, Chemistry: A Very Short Introduction by Peter Atkins, Oxford University Press. The friend suggested the book would not take long to read, and given the name included the phrase "A very short introduction" who was I to argue? So I bought the Kindle Version of the book for about $7 U.S. and got to reading.

The book, published in 2015, has only seven chapters, each with compelling connections to the world around us. The chapters are as follows:

Its origins, scope, and organization

Its principles: atoms and molecules

Its principles: energy and entropy

In the first chapter on origins, scope, and organization, Atkins gives us some brief background on significant figures in chemistry such as John Dalton. But the focus is on the progression of ideas within chemistry, not the people involved. He concludes this section with a look at what we would probably call branches of chemistry, such as organic, physical, and analytical chemistry.

In chapter two, Atkins delves into the atomic and molecular world, starting with the development of the periodic table and Mendeleev's contributions. The following quote really resonates with me:

"The Periodic Table portrays an extraordinary feature of matter: that the elements are related to one another. We are now so familiar with the table that that feature is easily forgotten. But imagine yourself in an era before the table had been formulated. Then would you have known of the gas oxygen and the yellow solid sulfur, and would almost certainly not have dreamt that there could be any relationship between them."

Chapter 3 was quite relevant to me at the time I was reading it, as my year 1 IB Chemistry students were learning about energetics (Topic 5 and 15 for those of you that teach IB). He delves briefly into the First and Second Law of Thermodynamics. He touches on enthalpy and entropy, and gives a brief hint about Gibb's Free Energy, although not by name. I appreciated the idea that entropy is a "signpost of change" as he called it. This chapter continues with a discussion of rates of reaction and equilibrium. I quite like how it ties all of these ideas together. At the conclusion of many of the chapters there was a small section, usually titled something approximately like, "Where we are, and where we are going." It was a nice bit of closure on the current chapter and a short preview of things to come.  And with that, he leads us to the next step, the atomic rearrangement of reactants that leads to products.

As suggested, Chapter 4 deals with reactions. I found it instructive in many ways, as he distills the veritable plethora of reactions into four major types:

I will be the first to admit here that I have not yet begun to integrate this into my teaching - but I'm planning to do so on Tuesday with my Year 1 students. And my Year 2 IB students will be getting a taste of this summary after mock exams as a way to help tie things together during their review.

One of my favorite chapters came next, with a look at the techniques of chemistry. I have always had a bias toward analytical chemistry. In truth, it may have come from early visits to my dad's laboratory, when he worked at a local hospital running blood and urine assays before the days of automation. Then later, in college when I was choosing chemistry as a major he had moved to a state Department of Ecology lab as a water quality chemist. He always talked about his love for "being on the bench" as a chemist, and he passed that love to me. So Chapter 5 was a trip down memory lane - and I loved every minute of it. After a brief introduction, Atkins delves into NMR, Mass Spec, X-Ray diffraction, and picturing surfaces using atomic force microscopy and scanning tunneling microscopy. He concludes the discussion with a look at modern synthetic chemistry - especially in drug discovery.

Throughout each chapter, Atkins relates chemistry to history, and brings us on a journey of discovery from our early understandings of the atomic world. But in Chapter 6 he focuses on the achievements of chemists. The list of achievements discussed is quite lengthy, but of course given the "short introduction" we are receiving by Atkins it only touches the surface. But he doesn't shy away from controversy either. For example, Fritz Haber gets a mention for his contribution to agriculture, and some scorn for being, "…a leader in the development of poison gas." He also discusses many environmental issues caused by the use - and misuse - of chemicals.

And the final chapter about the future of chemistry gave just a glimpse of the possibilities in front of us related to chemistry. Of course nanotechnology gets many lines of print, but looks at other areas of growth such as catalysis and molecular biology.

His last paragraph sums things up quite well:

Such is the joy, the intellectual pleasure, that modern chemistry inspires. I hope these pages have erased to some extent those memories that might have contaminated your vision of this extraordinary subject and that you have shared a little of that pleasure.

Yes, Dr. Atkins, I have indeed!

Overall, there are very few chemical formulas, and as you would expect there isn't a lot of depth to the discussion. But that's not the point here. Rather, I felt this gave a very good "big picture overview" of the world of chemistry. And while this book is really intended for non-chemists to get a peak into our world, I found it enlightening in many ways.

I plan on finding ways to share this with my class. I have even put in a budget request to get a class set so we can do some reading together and look at the ideas in their simplest forms in order to get that "big picture overview" that I just mentioned. I don't see this book as a way to learn new ideas, but rather to consolidate what we know and enhance the connections between the topics that our students often struggle to make.

Beyond all that, I'm just as intrigued with the suggested "Further Reading" at the conclusion of the book. Atkins offers a few suggestions from his own collection of 70+ books, but there are a few other suggestions that I will be adding to my "To Read" list. Next: Four Laws that Drive the Universe, also by Peter Atkins.

What are you reading right now that is chemistry-related? Any suggestions for my book collection?

Doing book reviews is an excellent idea, Lowell! You have inspired me to do some in the future as I read books relating to chemistry. Perhaps we will eventually have an entire section of this site for them!

This appears to be identical to the book What is Chemistry? also by Peter Atkins. I have this book but am going to buy the version you have to see if any updates have been made. Judging from the contents, the only difference may be the addition of the "further reading" section.

One comment regarding the types of reactions discussion above. For the first time this year I covered types of reactions using the categories of Redox, Precipitation, and Acid-Base (proton transfer) and it went exceptionally well. Previously I had used the traditional "5 types of reactions" approach: Synthesis, Decomposition, Single Replacement, Double Replacement, and Combustion. I am drafting what will become either a blog post or AACT article on the subject now that I have finished the unit.

One question. Do you think this would be an engaging assignment for first year students to read the summer prior to coming in to a chemistry course?

I've been inspired lately to do more reading and become more knowledgable as a CHEMIST, and this is step 1 for me. I can't wait for more.

As for the book, in the "about" section at the beginning it says, "First published in hardback as What is Chemistry? 2013" so it makes sense that the book you have is so similar. It'd be interesting to see the differences.

As for summer reading BEFORE a chemistry course? Hmmm. That's an interesting idea. Having just spotted this recently, I didn't have my current Year 1 IB students read it before the course. But I think it's an interesting possibility. Will it overload them with knowledge and make chemistry seem "too complex" or will it simplify things and offer a preview of the details yet to come?

I've requested the book for future classes - and will keep you posted if anything comes up.

The shortest introduction for chemistry is that answer to

Q: What is Chemistry?

A: Chemistry is making and breaking bonds.

A: A bond is stable. (Though you may feel that defining a noun with an adjective is "five yards and loss of down"-worthy.)

Because of this simple definition the categories of "Redox, Precipitation, and Acid-Base" reactions make more sense than "Synthesis, Decomposition, Single Replacement, Double Replacement, and Combustion" reactions.  The latter describe the macroscopic results of the reactions, but lose the bonding level changes that occur, though getting back to bonds in redox is clearly a challenge.

I have been teaching acid/base equilibria most recently, and better designed labs and Clicker-question probing have crushed the illusion that students think concretely about atoms and proton transfer.  This fundamental concept seems self-evident, but gets lost in the rush by students to go to the math: what determines the physical property is what is in solution that is being measured.

This leads to the questions, why is this so difficult?  What makes proton-(a presumably later, electron-)transfer difficult is what makes monetary transfer difficult, determining the state from the details of the transaction.  What makes equilibrium so difficult is the implied partial transaction that is occuring.  People do not like "partial" and "transaction", they want "full" and "static".  Ah, how much better is it when we realize that properties are set by what is there, and we can know what is there by what properties they have, even if these change upon trans-fer, -action, -formation.

Thanks for adding to Kaleb's comments here. I do sometimes think we take for granted what students know - and what they think they know that isn't inherently correct.

Describing some reaction types as the macroscopic observations versus what is happening at the atomic/electron level is a great distinction - and one I'll be using more and more throughout my teaching. 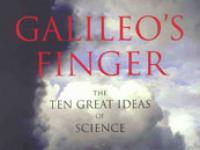