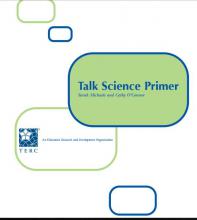 While attending a professional development session last year I was introduced to the Talk Science Primer, developed by the Inquiry Project and TERC. Although the research and sample population targeted educators and students grades three through five, I decided to review the material to analyze if it had any value in a chemistry classroom.

According to the Talk Science Primer there are seven elements of academically productive talk:

1. A belief that students can do it

5. A framing question and follow-up questions

7. A set of strategic “talk moves”

After reviewing the research as well as the resources provided with the Talk Science Primer, it was apparent that this instructional approach could be used in any classroom, and not just in science. Immediately, what I found to be essential to my instructional approach was the set of “talk moves” identified from the Primer. I have always felt comfortable allowing various talk formats to occur throughout an instructional period however I struggle with the transition of opening up a conversation to the entire class, as opposed to a few individuals. What I realized from reviewing the Talk Science Primer is that the teacher talk moves, the manner in which questions are carefully selected, can increase student participation, explication, and reasoning. Although you never know the direction the discussion may go, I have found that you can plan the types of questions you expect by reviewing your students’ misconceptions and prior knowledge. If all of the elements of academically productive talk are in place, as described by the Talk Science Primer, then your students are ready to have a meaning discussion with the teacher in the facilitator role as opposed to a lecturer.

The Talk Science Primer has transformed discussions in my class, however it hasn’t been without its challenges. Students may not be acclimated to discussions not led by the teacher so there may be some initial resistance. Also they may be concerned about whether or not the perceived correct answer has been identified as a result of the discussion. Even with these concerns, it is crucial to stay true to the Primer and support your students with specific norms that will allow their discussions to be engaging and successful. In addition it is just as important to be supportive of the students as they may be working through this discussion process for the first time.

The Talk Science Primer reaffirms the importance of engaging dialogue in all classrooms as well as how to create an environment that supports facilitated discussion. It has revolutionized my class environment and I encourage everyone to review the material to determine if it can be applied in your class as well. 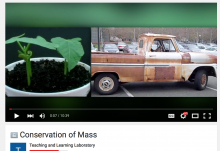 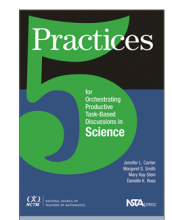 Are We Asking the Right Questions?

What's Inquiry Got to do with it?