I would offer to describe this as a “happy accident” or a strange “alignment of the planets”. Let me provide some context in an attempt to explain. I have currently been engaged in standards based grading. It has been one of the few changes I have made in my teaching that, when attempted, provides the outcome that the research suggests. Bottom line, it has really helped my students in a positive way.

Finally, there is my own situation. This year we have students who have never touched lab equipment, class periods that are shorter than ever before and students who are not used to school. So here is how it is playing out…

First, we have worked on the idea of standards based grading which for most of my students is a completely different way to view grading. One of the most exciting aspects of this process is the “redo”. Students were surprised to figure out that if they missed or did not reach a standard, they could do it over. I know what you are thinking...there is no way with 100 plus students this is possible. However, inexpensive technology and some boundaries can make it very possible for students and me as a teacher. Each student must fill out a Google form to have an option for a “redo”. They have to tell me the standard and assignment they are “redoing”. They must state how they are going to learn the material and provide evidence of learning. They have a week to come in from when the grade was posted. On my end, I examine the google sheet of responses and then use a miracle add on called “autocrat”. It takes the responses and places each one in a premade google document template. I just have to click on the link, pull up the google document with the student’s name and standard, paste in a different assignment and hit “print”. The Google sheet tells me exactly when students are coming in and the Google documents has their assignments all set.

I know what you are thinking...isn’t that crazy with lab redos? Here is the beautiful part... microscale chemistry. Microscale can be quick, effective, challenging for students, easy to store and easy to prepare. In other words, with little time and students who are making many mistakes because of never having touched lab equipment, it is the perfect way to allow them to efficiently and effectively try again.

In the end, it is starting to change the culture of the classroom. First, students are starting to figure out several new ideas in their education. As a teacher, I am not out to “get” them. I really just want them to learn the material. It is O.K. if things do not go well the first time. It will not destroy their grade for the quarter. This in turn helps to reduce their anxiety. It is not the end of the world if they make mistakes on a particular assignment. Students can actually learn from their failures instead of judging themselves by them. Second, if they identify what they should know, demonstrate some type of work on that topic, show up and do an assignment related to that topic, their grade will probably go up. I know this sounds crazy to me and you but I can tell you with a great deal of certainty that some students did not get that message during the last year and a half. Students are starting to figure out they really can be the captain of their own ship if they trust the process.

As a teacher, this is the busiest I have ever been. I have to say that it is the BEST busiest I have ever been. Instead of students arguing about trying to get an 89% to a 90% or asking if they can bring in a box of tissues for extra credit, students are constantly coming in asking about gas laws, significant figures and polyatomic ions. I probably will be crazy by May, but if at least I can say I am in touch with my insanity then it is a pretty good kind of crazy.

Thank you so much for this. I do have wry smile when I see photos from the States with large conical flasks with coloured liquids in and there is me with a 1cm-diameter  puddle on a plastic doing exactly the same experiment. We are lucky in the UK as we have a valiant phalanx of school science technician who not only prepare, dispose and recycle practicals, but contribute to their effectiveness. They also keep preparation rooms really tidy and store the chemicals correctly. I often wonder who does that work in the States. But then our teachers are teaching chemistry to every year group from 11-18.

If folks are interested in the microscale then here is my latest offering on the Bob Worley Youtube and do enjoy https://www.youtube.com/watch?v=BKrbePYoxc4&t=3s. It only uses 1 drop of concentrated hydrochloric acid and 2M ammonia solution to get a wonderful effect (perhaps I should call them “micro-wows”) of diffusion.

On the Youtube there is a longer pieces recounting some of the activities you can do, https://youtu.be/_K5WOKh6elA.

You can also join like-minded people on a google group https://groups.google.com/g/microscalechemistry .

And “news just in”, there is a book coming out next year “Understanding Chemistry Through Microscale Practical Activities” by Bob Worley and David Paterson with Sarah Longshaw.  There is further news but wait........
Have a good Thanksgiving

Bob - Thanks for the feedback.  Can't wait for the book.  Also, I plan on doing a quick para dia magnetic activity with manganese (II) sulfate and zinc oxide that I think I stole from your Youtube channel. I will be sure to write it up and would love your feedback.  Thanks again. 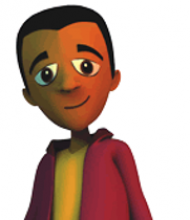 Unfortunataely for most science/chemistry teachers, we have to our own prep, clean-up and disposal.  It is time consuming to be sure. The idea of microscale is awesome.  The one issue is that even setting up microscale through Flinn Scientific or some other chemical house, results in leftover chemicals. How do you in the UK deal with said issue?  Thanks for these resources.

We are using Evidence Based Grading, which has some similar components with Standards Based Grading, such as breaking down necessary learned skills for students. I'm reaching out as your method of reassessing student learning seems very efficient and I would like to understand how this works. We also use Autocrat a great deal as this is our main method of parent and student communication of grades. My question surrounds your set up. I'm wondering how the template is set up so that the completed form links to the correct standard's based problem (I'm assuming students select their chosen standard to reasses in, which then triggers the correct reassessment with the student name imposed, emailed to you for print). If this is correct, I'm not understanding how to create the trigger to select the correct question from a bank of chosen questions that are associated with a particular standard. If I am incorrect on the procedure, can you please clarify? This is something we could easily incorporate once we get past this hurdle.

Thanks for your time and sharing this practice!

A student does a formative or summative assessment and scores "Emerging", "Needs Practice" or "No Evidence".

They decide to do the "redo".  In the Google Form, they must tell me their: Name, Number of Assignment, Name of Assignment, when they are coming in to redo the assignment, evidence they learned the material and the "I can" statement (standard).

Every night at 6 pm I check the google sheet with their response to the questions.

I click on "Autocrat" and it puts their responses in a google document template.  I then paste a pre made alternative assignment.  I have gotten in the habit for each assignment that I do of creating an alternate that is similar that I can quickly use as a redo.

Here is what I would like to do....exactly what you suggested.  I would like to find someone who knows coding better than me so it could grab questions from an "bank" and automatically put them in.  Great idea but I am not there yet.  Hope this helps.