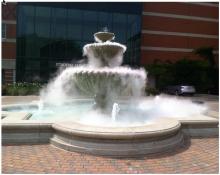 On August 3-7 Grand Valley State University, www.gvsu.edu, hosted the 2014 Biennial Conference on Chemical Education, www.bcce2014.org. For those that where able to attend like myself, a discussion I heard several times was that there were just too many good sessions occurring at the same time. So as much as we would love to have the time traveling capability of Marty McFly in Back to the Future or Hermione’s time turner from the Harry Potter series then how can we find out about all the information from the different sessions? What was said and what was missed? What about those that were unable to make it to the conference?

With the power of twitter, and by following the conference hashtag (#BCCE2014), many attendees and those that were unable to attend the conference itself, were able to find out about many of the great things mentioned in each of the sessions virtually. According to Keyhole.co, data was gathered showing the results of tweets that contained #BCCE2014. Here are the results as of August 9th.

Again, thank you to all that participated and sent tweets out whether it was great things heard in the sessions or during the plenaries, pics of the awesome food, or even those awesome dance moves while attending Al D. Hyde and the Ketones. Special thanks to David Read (@lowlevelpanic) for combining many of the tweets into a storify. Check it out here: storify.com/lowlevelpanic/bcce2014-at-grand-valley-state-university-aug-3-7 Here is a highlight one as well put together by BCCE: storify.com/BCCE2014/bcce-2014-some-twitter-highlights

If you are new to twitter or haven’t signed up for an account then I encourage you to do so. That way when you attend the next conference you will be sure not to miss anything and maybe you can tweet several great things you learned for others to enjoy.

For me my twitter friends have been at times my support, my answers to questions, my best PD 24/7, my guide, my R & R (rest and read), my means for collaboration, and many other things. So go ahead give a shot. www.twitter.com

Thanks for the stats! I met several Twitter friends from across the country at BCCE that I had never met face to face! It is so cool to have a crowd of virtual friends with this shared interest in chemistry education! Even cooler to meet face to face and feel like I have known them forever!

I was the more elderly of the British contingent coming to the BCCE 2014 and even at my age I tweet but only about chemistry (look for the beautiful picture of copper crystals I took on the David’s Storify). I should tweet about the fantastic Michigan beers and ice cream but I leave that to the social media types. I still could not fathom out baseball but then you probably have the same problem with cricket, taking place of 5 days and ending in an exciting draw.

It is so interesting to meet other chemistry teachers. Anyway just to let you know that all the concerns you have about chemistry including STEM, practical work, safety, curriculum, budgets, time restraints and errrr senior management are just the same as we have in the UK. I just hope you can keep the practical side of the subject relevant, safe and enjoyable. I just think our safety is rather more rational and coherent but being a smaller country, it probably easier to organise. See http://www.cleapss.org.uk/about-cleapss . This is the non-profit group (not a company), that I work for. Also we have school laboratory technicians to help our teachers but our teachers rely on them so much that perhaps you, in the States, have more confidence with practical work.

I have put my thoughts about the BCCE into a blog which is on my website www.microchemuk.weebly.com along with my ideas on microscale practical chemistry if you are interested.

The pic of the copper crystals was stunning.  Great photo.  Thanks again for the comments and for sharing your links, I'll be sure to check those out. 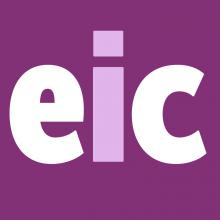 If readers are interested in finding out more about what happened at the Biennial Conference on Chemistry Education, David Read has written a BCCE 2014 Conference Report.

Thank you for providing the link to David Read's conference report.

Why every student should take chemistry: An astrophysicist’s perspective