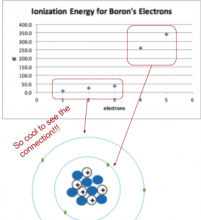 After spending the start of the year using a modified version of the Modeling Instruction curriculum (density and physical properties, followed by gas laws, followed by energy and phase changes), we don’t actually start talking about what’s inside atoms until December. I love that by this point students are already familiar with some of the habits of mind needed to reason abstractly about atoms -- thinking proportionally, explaining macroscopic observations at the particle level -- and we are ready to layer on both more abstraction and the symbolic level. By January, we are ready to explore electron configurations.

The seventh grade science teacher at my school does a great job introducing students to fundamentals like protons, neutrons, and electrons, the general structure of the Bohr model, and using the periodic table to find valence electrons. By the time students reach my class in 10th grade, I want to elevate their work beyond the memorization and application of patterns and into a deeper thinking process.

Inspired by the inimitable Kelly O’Shea, I introduced students to the word “epistemology” this year. I tried to frame it not as a dry, required vocabulary term that must be memorized, but as an exciting project with some snazzy vocab: how do we know what we know about atoms?

To get students to think about not just what electrons are present but where they are, and the fact that they are different, I adapted some materials from POGIL and the Modeling Instruction curriculum. First, students explore a POGIL1 on coulombic attraction to determine the major factors that affect the force of attraction between protons and electrons: distance and quantity. The next day, students applied this to data about ionization energy, trying to figure out how the ionization energy (a proxy for force of coulombic attraction) can give insight into the positions of electrons. In small groups with guiding questions, they start to uncover that a high ionization energy must indicate electrons that are close to the nucleus, and that the different groups of electrons they see in the data must reflect different positions. (This also nicely coincides with students’ work with piecewise functions in Algebra II.) 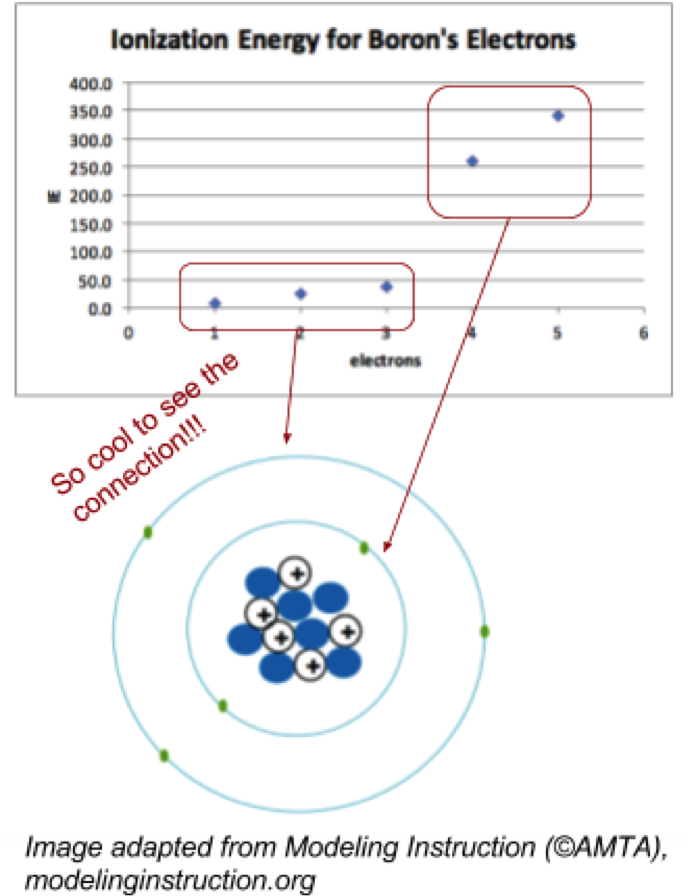 It’s really cool to see the moment when students connect the energy data to the Bohr model diagrams they encountered in middle school, and to recognize that models come from evidence, not just out of the blue. It’s even cooler when some of them realize (independently!) that the subtle patterns in the data indicate limitations to that model. These limitations lead us into studying the s, p, d, and f subshells and a more detailed form of electron configuration.

Before last year, I never even tried to teach anything beyond the Bohr model in detail. (I never tried to teach the term epistemology, either!) But once I started using this data-driven approach to electrons, I got hooked. Don’t get me wrong -- this hasn’t been the easiest shift. I’m still seeking more hands-on and lab activities to go along with this work. In my co-taught classroom, the supports my special education co-teacher provides remain crucial. What’s more, I am still searching for ways to help students become more independent in processing this data, relying more on each other or a few guiding questions than me. But with an increased focus on the NGSS science practices at my school, it’s been exciting to find meaningful ways beyond lab reports to emphasize skills such as using models and interpreting data. I have also found that the open-ended nature of this task has made differentiation easier: all students can find simple groups of atoms, but there is enough richness in the data for students to seek out subtler patterns (such differences between “s” and “p” electrons) or to work backwards to predict ionization energy data from a model atom. And most importantly, I love how empowering it is for students to finally be able to say that they can explain why scientists represent electrons in different locations, and that they themselves figured it out, too.

This looks like a great way to have students explore the topic. do you have a copy of the lesson and student handouts? 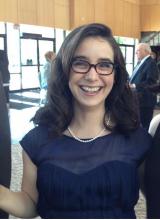 I don't think I can post all the materials, because I've adapted them from multiple sources, but email me at LWang@sof.edu and I can share with you what I can!