First, thanks for reading. The ongoing global human tragedy of the spread of the COVID-19 disease and the suffering caused by the infective agent- the SARS-CoV-2 virus- have ironically provided an excellent opportunity to include in our classes the ways of science and its ways of knowing, measuring, confirming, refuting, verifying, and validating. Perhaps as science educators at all levels we have a unique opportunity to discuss conceptually the quantitative pillars of scientific inquiry and the defense of scientific ideas because the COVID-19 disease is not abstract and nor is the suffering and fear localized to a population of people in some other town, city, state or country far away from one's residence. Everybody in the US from young to old knows about it, has opinions about it and the familial, community, political and cultural responses to the infection, and likely has been negatively affected by it in some way or another.

This blog looks at a recently published NY Times article on the growing evidence that the SARS-CoV-2 virus can be transmitted via the air. Specifically, the article focuses on the debate about whether there is conclusive evidence to support the airborne transmission claim. It is important to note that this is not a scientific journal article that perhaps would be intimidating to students. Rather, it is from the New York Times and is written for the general, non-scientific citizenry. The article is relevant to science education because a scientific claim requires logical reasoning from selected data in order to provide evidence to support the claim and can be used as a 'real example' to challenge and teach students- the future citizenry- the difference between data and evidence (and expanded to opinion and information, if desired). At the end of this blog are three classroom activities that focus on the blog's central topic- data versus evidence. Share often and share liberally.

To begin, below are some excerpts from a July 5, 2020 NY Times article entitled, 239 Experts With One Big Claim: The Coronavirus Is Airborne. Perhaps this article and the inquiry describe below may serve as a springboard to promote student group discussion about scientific inquiry the first week of classes or throughout the semester. Below each excerpt in quotations are key words/phrases taken from the excerpt. And immediately below the key words/phrases are inquiry questions that you may want to use- all or maybe just a couple- to begin a classroom discussion. The Think-Pair-Share high engagement method would likely be a good choice to promote inter- and intragroup (or individual student) discussion for this classroom exercise. A horizontal line separates one excerpt and Qs from another. Enjoy...

Q1: What is evidence made up of?

Q2: What does it mean that "the research is still inconclusive"? What is (are) required to elevate an idea from inconclusive to conclusive?

Q3: What evidence do you think will be found in this letter? Make a list of evidence needed to support the claim that the SARS-CoV-2 virus is infectious when airborne.

Q4: The word 'limited' implies a minimum but not a maximum threshold has been met. The article's author used the word 'limited'. Could perhaps another word(s) have been chosen? And if so, would it convey the same meaning, or make it sound better or worse than what it really is?

Q6: Being convinced requires evidence (presumably) so what is needed to elevate evidence to the 'convincing' level?

Q7: Perhaps you have heard the saying, "Everything is possible." Is this true in science? If no, give examples.

Q8: Per the excerpt above, how do you think Dr. Allegranzi would respond to the following question, "Does evidence in an idea automatically lead to support of the idea?"

"no incontrovertible proof" and "absolutely no evidence"

Q9: What does 'incontrovertible' mean?

Q12: Is a primary purpose of science to prove?

Q13: Does 'incontrovertible' mean 100% agreement amongst those looking at the same data, phenomenon? If no, then why would someone believe it is and someone it is not incontrovertible?

Q14: How is it decided that evidence is indeed evidence?

Q15: Does evidence have to be based in fact? And if yes, does the fact or facts that constitute the evidence need to be reproducible via experimentation?

Q16: If experimentation is not needed for the facts of evidence, then what is needed?

Q17: How much evidence is needed to state that proof is present? Examples?

' "an absence of evidence as evidence of absence" '

Q18: Wow. So what does this mean? Give an example (other than the one given in the excerpt).

The statement leading off this excerpt refers to the excerpt immediately above quoting Dr. Aldis.

Q19: Is error in measuring something the same as uncertainty?

Q20: Does uncertainty exist only for something that can be measured?

ACTIVITY 1- Give each student the four shapes below- two large but of equal area and different fill color and two small but of equal area and different fill color (same as for large shapes). Two of the four shapes will be used. Students decide which shape represents Data and which shape Evidence. They then determine how the two are related to one another. Do not tell them anything else. Have them do it individually and then partner up with someone to compare their shape choices and arrangement of the shapes. I call this "free form" thinking- limited instruction and let students decide how to proceed with what is given to them. It is messy and likely will not go as you would like but just let it go. See what they do and have them compare/contrast with one another. This is akin to giving a group of children a bunch of Legos thrown unorganized into a box. Give them the box and see what they build, what geometrical relationships they put together. 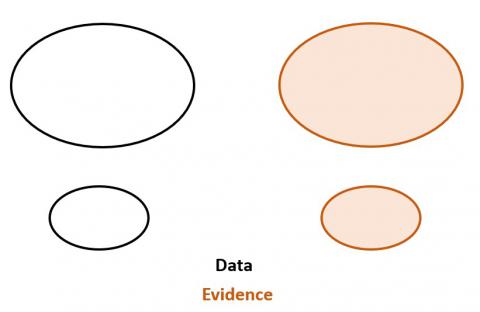 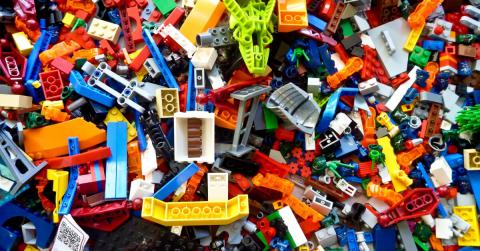 ACTIVITY 2- After completion of ACTIVITY 1 ask students which relationship A-F below they came up with, if any. Have them defend their choice, individually or in groups with the same choice. Then have each student (or group) find another student(s) (or group) who answered differently. The purpose of pairing is for students (or group) to defend their choice. Why? Because they had a reason(s) for choosing A-F- unless they just picked one to just 'go with the activity'. Individual students (or groups) then report out their answer by whatever means you decide to use. Ask students if part of the discussion between student or groups centered on what data and evidence are. Did they come to an agreement? ACTIVITY 3- Which choice A-F above, if any, supports the statement, ‘All evidence is data but not all data is evidence’? Again, students choose and have them find someone who answered differently, if applicable. Expand discussion as you see fit from there. 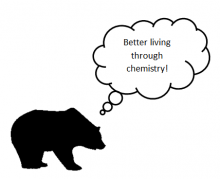 Chemistry Online- Why not? Or why bother?