ADI, Specific Heat and Getting Students to Follow Instructions. 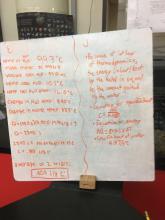 I just started using Argument Driven Inquiry. I have been stunned by the engagement of all types of students. I have also been amazed at the support from the ADI website. I decided to try and adapt a specific heat lab to the ADI process based on past success.

Students were given the essential question, "How do you find the specific heat of a metal?". They were provided with a set of tools that we had used to find the heat of fusion of ice (calorimeter, temperature probe, hot plate, beaker, grad cyclinder, water, a metal and a balance). This was our "tool talk". Students then devised a plan and collected data. They had to analyze the data, interpret it and provide a "justification" for the process. In the end, they used the specific heat they had calculated for their sample to identify which metal it was by comparing their result to the known specific heats of five possible metals.

We watched an excellent video before we began. The ADI video is one of the best explanations that distinquishes between "evidence" and "justification" Students began the lab. They had a few starts and stops but did the research and experiment. They did the "whiteboard" portion where they discussed their evidence and justification. Students listened to other students and had a chance to change their minds and answers. This was just the "rough draft". One group proivided their evidence. They correctly explained how they found the specific heat. Next, the same group discussed their justification. They restated the equation for specific heat used in the evidence section. I tried to politely say that their justification was the same as the evidence, just in words and not symbols. They could do the equations but were not sure why. This was a common theme with many groups. Another group had a phrase on their justification. It simply said, "First law of thermodynamics".

"What do you think that means?" I asked.

The student said he thought it meant that heat is neither lost or gained in a closed system, just transferred. The cup was like the closed system. The heat, Q, was transferred from the metal to the water. This was why they thought the equation worked. We discussed this as a class. Here was the key question..."Do you think this is a stronger or weaker justification than others? Why?"

Light bulbs started to go on. Instead of me teaching the students, they were teaching each other. I just had to sit back and gently guide.

I have only had positive experiences with ADI. The student conversations and engagement have been at high levels. Have you used ADI? What are your experiences like? Let me know...I would love to hear from you. 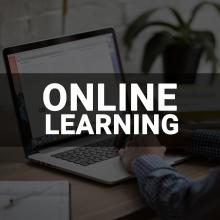 Hybrid, Block, and Crazy: Reflections from the Trenches