Creating an Inclusive Classroom in December 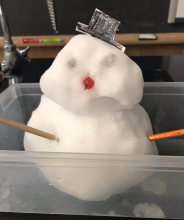 You won’t see anything like that in my classroom. I don’t have a chemistree, my students will not use silver nitrate or borax to make ornaments, I don’t display a chemistry advent calendar, play Christmas music in the background, or have a picture of Santa as a holiday decoration on my door. I don’t even wear a Christmas #nerdytshirtFriday. 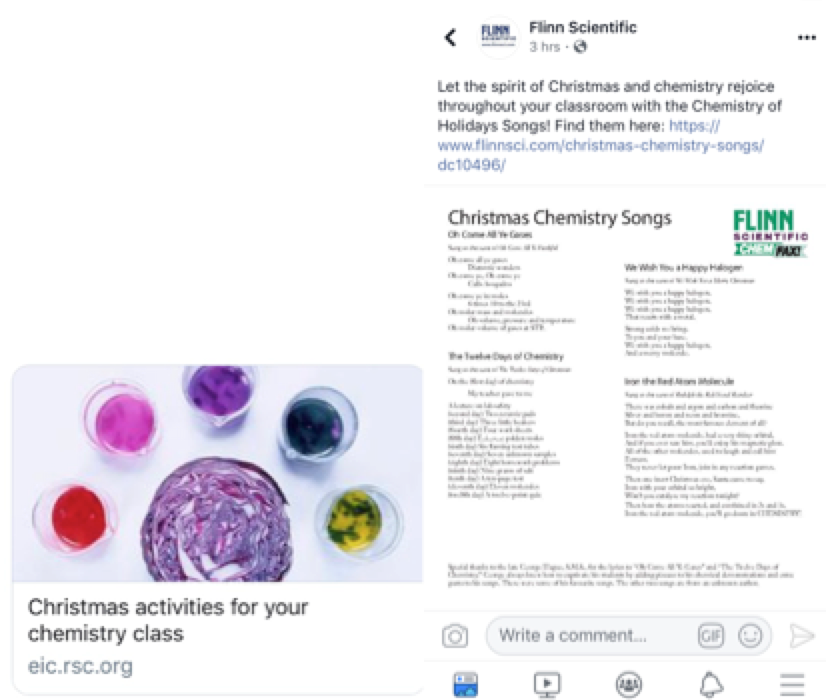 December is a busy time for many educators as we try to wrap up content before a long break and maybe incorporate fun activities into the curriculum. There are concerts, field trips, projects, presentations, and even variety shows to “celebrate the season.” However, I find that when schools try to get into the “holiday spirit”, they may unintentionally create an environment where students and teachers may feel excluded.

Though many decorations including Christmas trees, holly, and mistletoe, are Pagan in origin, they are recognized and treated as Christmas symbols. Ignoring or downplaying their relationship to Christmas further isolates students and faculty whose traditions do not include those symbols. Attempting to modify displays by adding a test tube rack with different colored liquids for a chemistry themed menorah or encouraging Jewish students to make menorah or Jewish star as ornaments does not necessarily encourage inclusivity. Instead this creates a false equivalency between the two holidays. Chanuka is not the Jewish Christmas and having students make ornaments minimizes the significance of both holidays to their respective groups. It also does not recognize the myriad of other cultures and belief systems that we have in our classrooms. Our students embody diverse backgrounds and experiences including Judaism, Islam, Hinduism, Buddhism, Jehovah’s Witnesses, 7th Day Adventists, and atheists, that do not celebrate Christmas on December 25. No specific holiday or even religions as a whole have a monopoly on joy, happiness, and giving.

As a public school educator and especially as one from a religious minority, I am particularly sensitive to ensuring students from all backgrounds feel included in the classroom. Previous students and friends have reached out to me to describe their relationship with celebrating Christmas in the classroom. Liz told me she felt left out because while teachers did many activities in class that centered around Christmas, there was no way to celebrate Chanukah besides singing the dreidel song at holiday concerts. Noah said that he felt left out growing up and it definitely took away from his classroom experience. Megan was told she had to play along for fear of discrimination. Dave and Daniel discussed how they’ve been called a Grinch or a Scrooge when they did not share in the holiday cheer.

Even for those students who do observe Christmas, it is not guaranteed that a classroom activity is welcomed. Just as some adults stress over holidays, some of our students do as well. Students come into the holidays with baggage and stress that we do not always know about and activities in the classroom can make it worse. Students who are not financially secure might worry about celebrating Christmas similar to their classmates. Making an ornament in class when they cannot afford a Christmas tree can increase student anxiety and feelings of isolation. Other students have complicated family situations that can range from divorced parents where students have to split their time making a fun holiday stressful, to LGBTQ+ students who are not accepted at home and might be worried about their mental and even physical safety.

Many of our students who are the least excited about Christmas and the December break are often the ones that most need the structure of school and the learning that ensues. I encourage all teachers, in any content area, to make your classrooms safe for students to learn and take academic risks.

When people, including educators, are in the majority they do not always understand the perspective and experience of those in the minority. In that light, I ask that you think about the 1987 Supreme Court decision in Edwards v Aguillard: “Families entrust public schools with the education of their children, but condition their trust on the understanding that the classroom will not purposely be used to advance religious views that may conflict with the private beliefs of the student and his or her family. Students in such institutions are impressionable and their attendance is involuntary.”

So what can you do in December? Teach as usual. Wrap up a unit. Allow students to catch up on missed work or reassess concepts on which they have not yet achieved proficiency. Have a whiteboard meeting. Tie an activity into your curriculum. Make oobleck to talk about non newtonian fluids. Discuss cross linked polymers when you make instant snow. Watch a segment of “Making Stuff: Smarter” and then Flinn's canning jar “magic trick” to introduce IMFs. Grow CuSO4 crystals and test their different properties. Watch segments from “Mystery of Matter” and have a debate over which scientist had the greatest impact on our modern understanding of chemistry. Allow students time to create a mini science fair where they research and create their own projects and present them. Introduce them to scientific journal articles from places such as AAAS’s Science in the Classroom and have them create solutions to problems and present to other classes. Have students create a magic show based around chemistry concepts including IMFs, density, acid/bases, chemical reactions and be able to explain the science of their trick. Have a frank conversation about equity and inclusion in the classroom, in the field of chemistry, and in science as a whole.

As for me, I will keep the day before December break as I would any other class day.  That and maybe wear a purely science themed winter solstice nerdy t-shirt. 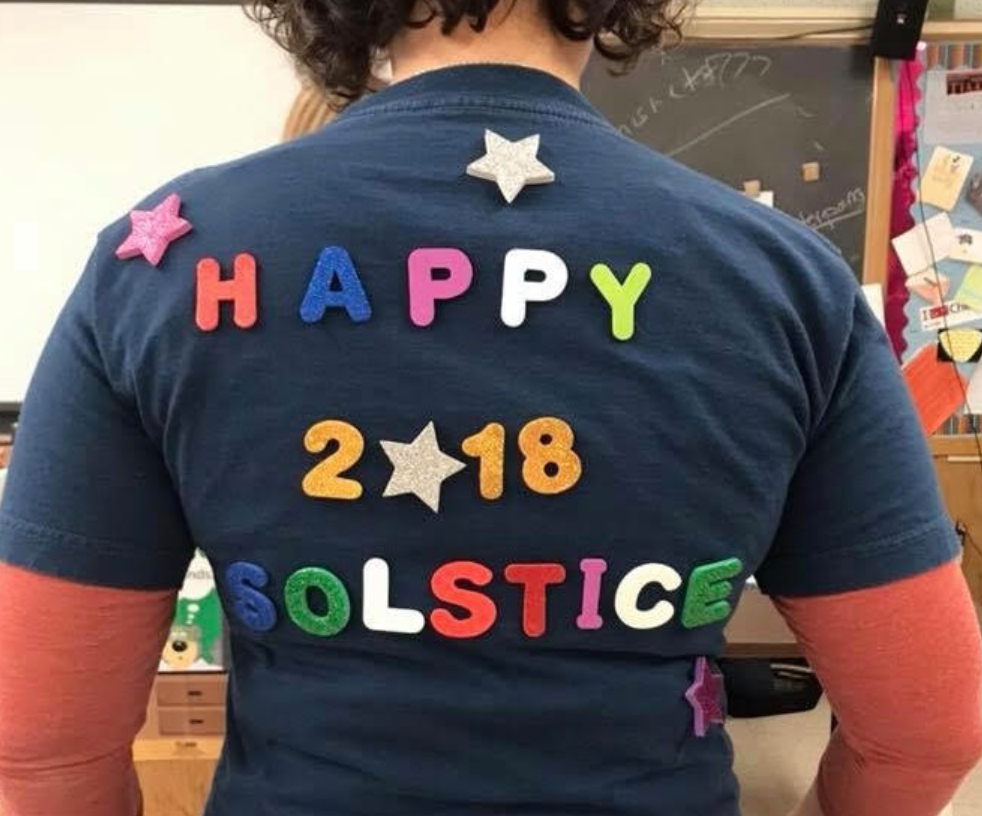 Resources about holiday celebration in the classroom:

Balancing Holidays in the Classroom

Problems with the Christmas Curriculum