Work and family conflicts occur in most occupations and families but may seem particularly pronounced for professionals in academia. The authors, professors of sociology, analyze these relationships in detail concentrating on the influences of gender, choice, and institutional practices on scientific careers and, in return, the influences of scientific careers on family life.

The basis and data for this book come from the Perceptions of Women in Academic Science (PWAS) project, conducted by the authors. Departments of biology and physics were chosen since the representation of women in these departments is quite disparate. A random sample of 3500 department members, ranging from graduate students through full professors was chosen from more than 14,000 identified departmental members at 100 departments at 31 universities. This sample was surveyed online and by phone with a 72% participation rate. The survey is reproduced in Appendix B. Details and questions are shown, including inspiration for becoming a scientist, undergraduate experiences, work and family balance, professional status, and public outreach. Job satisfaction was also queried. From a sample, 216 scientists were contacted for interviews and 150 were completed (69%) with 84 biologists and 66 physicists. Many results of the interviews are included and are exemplary and illustrative. Although concentrating on these two disciplines, the results are applicable to young chemists and scientists in general.

Chapter 1, “Nothing Matters Except Science”, discusses the characteristics of science in academia, which tend to be based on the “ideal scientist” concept and efforts and difficulties meeting those standards. Traditionally and currently, childcare is presumed to be more of the responsibility of women. However, many male scientists are in dual career relationships and more involved with family affairs including childcare. In addition, if both marriage partners are scientists, prospects for meaningful positions dwindle.

The title of Chapter 2, “Family Matters in Science”, discusses the difficulties in living up to the concept of the “ideal scientist”. The majority of young scientists, both men and women, will not live up to the “ideal”. In Chapter 3, “Will I make it?  Family Life for Young Scientists”, graduate students and postdocs recount how they’ve changed career goals, that a faculty position is no longer their goal in spite of their years of training. Jobs in industry appear more family-flexible and become more attractive. The conflict continues even well into academic careers as exemplified in Chapter 4 by testimonials form senior scientists and what sacrifices it took to achieve those goals. Male beliefs tend toward doubting professional commitment of women, especially in physics. The impact is especially profound on family planning: deciding when or if at all to have children.

The title of Chapter 5, “When the Ideal Scientists Meets the Ideal Mother”, describes and demonstrates the differences in beliefs between men and women about what family life contributions ought to be made by women. Men’s contributions are self-described as sacrifices while women tend to feel lucky to have assistance in rearing children. Therefore, women are left trying to satisfy the requirements of two full-time roles. The need for science departments to redesign or restructure themselves so as to not only retard loss of both men and women scientists but to enable attracting them in the first place. This is expressed as a challenge to university and departmental administrations and encouragement to young scientists to develop their own strategies and seek assistance to do so.

Although it has been assumed that pressures of family vs. work are primarily fall upon women, the authors have concluded that “…while women are hit harder by the pressures of elite academic science, the institution of science—and academic science, in particular—is not good for either women or men who want to have children or pursuits outside of their careers” (p. 9). As described in detail in Chapter 6, if departmental policies are too rigid in accommodating younger academics with families, they may be more open to leaving academia. Alternatively, young scientists may be dissuaded from applying for positions at elite research universities.  The authors also strongly recommend university and departmental policies that facilitate favorable work/family relationships.

Notes, references, and an index conclude the book. This book is highly recommended for young scientists with families at several stages in their education and careers. 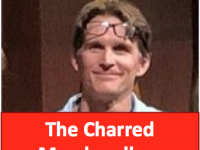