“Soonish” is a book about the near future, or “near-ish”, anyway. Unlike predictions of what will happen many decades from now, which are inevitably far off the mark, “Soonish” is an attempt to describe technological developments that, while they may not necessarily come to fruition before we all die of a pandemic, at least there have already been hints or even pilot projects that show that they are plausible. The best thing about it is that it is very witty and fun, and features the work of the celebrated cartoonist Zach Weinersmith, paired with the scientific insight of Dr. Kelly Weinersmith, combined in an informative but also highly entertaining, funny way. To get an idea why this book might appeal to your teenage students (among others), visit Zach’s Web presence, “Saturday Morning Breakfast Cereal”.

The ten “futurish” technologies include cheap space travel (including guns to shoot stuff there, and space elevators), asteroid mining, fusion power, programmable matter, and lots about robots, augmented and virtual reality, synthetic biology and precision medicine, bioprinting, and brain-computer interfaces. The science is largely accurate if somewhat superficial, and is intended more for inspiration than for details. A book about the future of technology (Engineers’ Dreams by Willy Ley) inspired me when I was a young teenager, and I think this one might encourage some of the current generation to consider careers in science and engineering. It’s a lot of fun, even if it doesn’t. 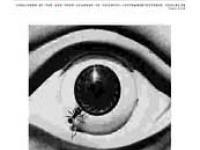 The Sun in the Church