The Gates Foundation has spent over two billion dollars cumulatively and many other organizations and governments also spend millions of dollars each year to fight malaria, the disease that takes more human life than any other.  Suppose that you could wipe out either the mosquitos that are vectors for the Plasmodium parasite that causes malaria or the parasite itself. Would you do so? - or would you hesitate to massively interfere with a worldwide ecology that is not completely understood? The tools that look likely to be capable of exterminating entire species are being developed in laboratories now, especially the technique known as CRISPR, combined with "a gene drive". CRISPR is a revolutionarily powerful and relatively simple chemical technique that makes it possible to edit or delete any sequence in a genome of billions of nucleotides. A "gene drive" is a natural process that tips the scales of natural selection to favor a particular genetic element over the others. The combination of these phenomena could force a man-made genetic modification to proliferate through a population.  For a species that reproduces on short time scale, such as insects or bacteria, such a modification could soon cause a permanent change in the genetics of an entire species. A driven CRISPR modification has the potential to attack malaria at its molecular level, either by modifying mosquitoes or Plasmodium.

Michael Specter builds his description of CRISPR around Kevin Esvelt, whose work in synthetic biology has consistently incorporated an emphasis on the societal implications of the technology. That aspect of his science is reflected in his current affiliation, the Media Lab at MIT, that he joined last year. One of Esvelt's interests is the possibility of a controlled experiment to eliminate Lyme disease on the island of Nantucket. While deer are widely recognized as carriers of Lyme disease, it is believed that the real reservoir is the white-footed mouse population. If the genome of the mouse were modified so as to make it immune to the disease, it is believed that the disease would disappear, without significantly affecting the populations of any mammals. Nantucket Island, off the coast of Massachusetts, would be an intriguing test case for gene-driven population intervention. Lyme disease is a serious problem there, causing people living or vacationing there to take the possibility of infection through the bite of a tick into consideration. Esvelt recognizes that public approval of an experiment in which lab-modified genes are released in the wild would require an extraordinary degree of education about the possible gains and the negative consequences.  Those downsides are not completely knowable in advance, but he worries as much about them as much as he endorses the concept of human-directed biology. Nantucket represents a confluence of favorable factors for a demonstration project. Lyme disease is recognized as a serious problem there; the human population is relatively well-educated (and affluent); the fact that is an island can isolate the test from other areas for control and to limit the extent of unintended consequences, should something go wrong.

This story lies at the intersection of biology and public health, but teachers of chemistry should be prepared to discuss it with students. 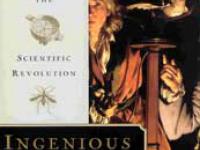