Fifteen years ago (February 3, 2000), I chose as a "Hal's Pick" an article ("Medicine on Mars" by Jerome Groopman)in the New Yorker magazine about the challenges that would have to be overcome in order to put humans on Mars.  It was clear to me then that it was going to be impossible to accomplish this goal, even if the formidable technological and economic barriers could be surmounted. In those innocent days, nobody was thinking about the possibility of Mars suicides, which are no longer beyond consideration.  In fact, there are hundreds of people lined up like Southwest Air passengers to try for the first spots. Eliminating the burden of bringing humans back changes the playing field, but  even though the economic, physical and medical questions have not been resolved, serious psychological experiments are under way, and may prove even more formidable than the medical ones.  A research project named HI-SEAS (Hawaii Space Exploration Analog and Simulation) is taking place on the bleak slopes of Mauna Loa volcano in Hawaii, where three men and three women are spending October to June isolated in a twelve hundred square foot dome. Water is rationed, but freeze-dried food similar to what might be available in space is delivered regularly and cooked in a tiny kitchen within the dome. The crew operates on Mars time, and communication with the outside world is limited to e-mail delayed by twenty minutes in each direction.  Subjects are allowed outside, but only in 40-pound Hazmat suits, and only to complete make-work tasks such as mapping the surroundings. While the physical situation is stressful, the point of the research is really the psychological.  Difficult as it may be to live in these circumstances, it will be much easier than staring into dark space, knowing that they have seen their families for the last time, and will not again see the earth, except as a tiny Blue-Green dot in the sky.

Astronaut Scott Kelly's return from the ISS yesterday was heralded as a step toward human exploration of mars. While he did survive a long time in space, he was unable to stand on the earth when he finally landed.  Maybe he would have done a little better in the gravity of the red planet, but his record-setting trip would not be long enough for a one-way trip to mars. Why is there so much support for the insane idea of sending people to their deaths on mars (which simultaneously would contaminate the planet with respect for search for other life), when robots can do a much better job? The popularity of "The Martian" movie is a setback for real science, even though it is a good fantasy. 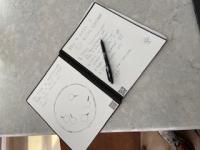