"All The Light We Cannot See" by Anthony Doerr

This book is not about chemistry, and it probably is the most "literary" book that I have written about in these pages.  It is a beautiful story about the lives of a blind French girl, Marie-Laure, who escapes during the Nazi occupation of France with her father, the master locksmith of the Paris Museum of Natural History, to St. Malo, where lives her great-uncle in a grand house by the sea. With father and daughter also travels the most precious gem from the museum, the object of a Nazi treasure hunter who is trying to recover the treasure for himself or the Reich.

Intertwined with the tale of this fragile girl is the story of  Werner, an orphan boy who joins the German army to avoid a miserable future in the coal mines of his home town.  Werner is fascinated with radios and develops a talent for building and repairing them.  In the army, his skill is put to use in locating clandestine radio stations of the French resistance, one of which is in the attic of the home of Marie-Laure's uncle.  This is a wonderful, beautifully-told story that I will not spoil further here.

However, there is a bit of mathematiics that is essential to Werner's ability to locate a radio transmitting station.  He uses two receivers - separated by a known distance  and at a known direction from one another.  Each station has a directional antenna that is used to measure the angle from the line between receivers to the transmitting station. In actuality, the antenna cannot usually tell which of two opposite directions along the line of maximum signal the transmitter is located, but only in one set of possibilities will those two lines cross.  So Werner's problem is to use those pieces of information - the direction that connects the two receivers, their distance apart (say 1000 m or something), and the two angles at which the receivers find the maximum signal.  Can you use your (probably) old knowledge of trigonometry to solve this problem? Maybe you can get help from a high school student! Review: Understanding Chemistry through Cars by Geoffrey M. Bowers and Ruth A. Bowers 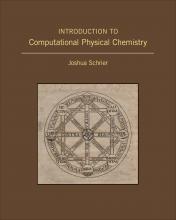