If this is a site all about chemistry teaching, what in the world does a book called "10% Happier" have to do with anything? Let me explain....I'll try the short, condensed, one page executive summary.

Dan Harris is a T.V. anchor who is in front of millions of people every day. You can imagine the problem he faced when he had a panic attack live, on air and in front of about 5 million people. A doctor checked him out and concluded that it was not physical problems, but mental. Meditation was recommended. Dan thought it was crazy but decided to investigate it because that is what he does. This is his story. It is funny, scary and a good read. So what does this have to do with chemistry?

Dan went on a weird journey and discovered meditation. This is the same meditation, or "mindfullness", that is practiced by top executives across the world, prescribed by doctors for stress reduction and has been studied since the mid-seventies and has been found to have substancial benefits. The Marines now have a program to have their soldiers meditate....no kidding. This book also has an app and a podcast that goes with it. Before I get into the chemistry part...here is what meditation or "mindfulness" won't do for you.

It won't provide a miracle cure over night. It won't make you better looking, help you lose 100 pounds in three weeks or turn you into a zombie. You won't have to wear a robe, burn incense or sit for hours on end. Here is what it might do for you. For about fifteen minutes a day, you will "hack" your brain. It allows you to be aware of what is happening inside your head. Then, when you are not meditating, you can have moments throughout the day in which when everything is coming at you at a hundred miles an hour, you can put your brain on pause for half a second, be mindfull of the good, bad and ugly and choose the most usefull. You can learn to respond instead of react. It is does not work all of the time, but most of the time if you work at it. I don't know about you but even if I can respond better some of the time it is worth it. So here is what happened to me....

I started using the app for free. Each fifteen minute session starts with a two to three minute video in which Dan asks a meditation expert questions that anyone would ask who knows nothing about meditation. Then the expert usually replies in a simple no nononsense way. The expert then leads you on a ten to twelve minute meditation. The first time I tried this, my mind started to wander during the first three seconds of meditating. Strange as it sounds, this is normal and it means that it is working. The fact that I could tell my mind was wandering means that I am aware of my thinking and this is the point. Next, the plan is not to block out anything, but to take everything in, make a mental note of it in a non judgemental way and then move on. So if you have an itch, it is not that it is good or bad or that you should scratch it or avoid it. The plan is to be aware of it, make a note of it and then usually it will pass and you move on. It takes some practice but it works. Now...how does this apply for when someone is not meditating?

I was talking to a fellow teacher about an idea I had. This person suddenly and unexpectedly became negative and hostile toward the idea. I could feel my blood pressure rising and started getting defensive. Suddenly, and just for a second, I was able to recognize the behavior, identify it, label it and move on. It gave me a split second to decide what is useful and what is not. It helped me to make the choice to respond and not react. Later I decided that my decision should be based on what research says is best for students and not my emotional state.

If you are an inolved teacher of chemistry, chances are your classroom, and thus a significant part of your professional life, is "messy". You have kids orally defend their position instead of just doing a worksheet. You may want them to develop their own models instead of giving them the answer. You challenge them instead of just giving them a grade. On top of that there are the kids on 504's, IEP's, phone calls, formative assessments and lab set ups and break downs and you try to take it seriously. And while you are working with one group to have them explain the data, another is texting and trying to find the answer key on their phone. You want to do the demonstration instead of just decribing it the experiment.  Sometimes it goes well...but sometimes it does not. You might get challenged because you don't just "give them the answer". Then students are coming in to make up tests, labs and grades after school but there is also a faculty meeting. Most days it is mentally exhausting and if not carefull over time the stress in dealing with all of this can seem like a "corrosive drip". You may not notice it at first, but over time the "corrosive drip" of the stress can turn a person into someone that behaves in a way that is not always positive or in the best interest of the students. This book is meditation for the masses and can be one of many tools that is a small life preserver for the involved chemistry teacher. It helps the teacher mentally and in a non judgemental way simply be aware of all that is and then decide what is useful....again, it helps one to respond instead of react.  It helps to prevent the corrosive drip of the stress of being bombarded with questions and commitments. This lowers the stress and eventually helps us stay focused on why we started teaching in the first place, because of the students and the love of science.

Sound like someone you know? Sound like this is worth fifteen minutes a day? What if a normal person could walk you through a method that would allow you to push a mental "pause" button, be aware of what is around you, and then allow you to choose that which is most useful? If interested...take a look at "10% Happier". It is well worth the time and investment. 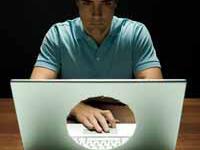