What is this?  Art? Humor? Sports? Math? – or all of the above? With baseball season starting, I found it irresistible to recommend “Flip Flop Fly Ball”, which reminds me in some ways of the beautiful series of graphical exemplar books by Edward Tufte, and in others of Michael Lewis’ MoneyBall (the book, more than the movie, although the movie was ok). I suggest this for teachers of science because of the intimate relationship between baseball and statistics and because of the witty, inventive, and highly entertaining bar graphs, scatter plots, photographs, maps, Venn diagrams, and limited associated commentary.  The author is an English artist who has fallen in love with the American pastime, not only in its US major league manifestation, but also in the minor leagues and the Mexican, Japanese, and Korean leagues. His entertaining blog has recently been commentaries on the Mexican league games he has been watching before the US “Opening Day”. Robinson apparently likes the “high socks” look (especially with stirrups), loves baseball history, Ted Williams, the Molina brothers, and quantitative comparisons and he hates “the wave”, steroid-enhanced players, the New York Yankees, baseball caps with the manufacturer’s sticker still attached, and John 3:16 signs. Did you know that Turner, Montana is the American town furthest from a major league team, or that there have been 32 players named Harris in the major leagues since 1880? 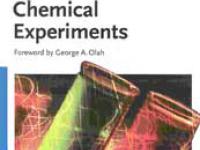