Have you ever heard of "Red Mercury"? If so, it was probably in a spy novel or movie, not a chemistry textbook. Not everyone has been writing it off as fiction, however. As reported in Sunday's (November 22, 2015) New York Times Magazine, "Red Mercury" has been a notorious, powerful, and essentially magical object of quests by terrorists for decades. That there is no such thing, and that fact has been published many times (notably in a 1998 article in the Journal of Radioanalytical and Nuclear Chemistry by Lawrence Livermore scientists) has apparently made it all the more powerful, magical, and therefore expensive. After all, this substance is purported in various fora as being capable of dramatically enhancing the power of both nuclear and chemical explosives, shield objects from radar, guide missiles and also act either as an aphrodesiac or as a promoter of sexual performance. As a consequence, the black-market price of the elusive substance rose to hundreds of thousands of dollars, or even more, per kilogram. The meme was given impetus by a Manhattan Project veteran, American physicist Samuel T. Cohen, who, in the 1990's, spoke vividly about the danger that red mercury posed because of its ability to facilitate the construction of extremely small nuclear weapons that could be used to trigger a mini neutron bomb. It was never clear whether Cohen was himself misled, or if he intentionally furthered the myth. One branch of the story had Russian scientists during the collapse of the Soviet Union hiding the material in sewing machines, radios and television sets bound for export. Some Singer sewing machines were said to have been sold for fifty thousand dollars. While one might be tempted to rejoice in the ignorance and gullibility of some terrorists, the mad hunt for power and riches has also led to tragedy, because some believe that small amounts can be found in unexploded bombs and mines, which are disassembled at great risk and often fatal consequences. 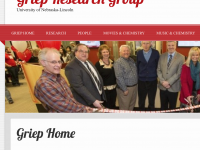