MIT’s Dan Nocera (soon to be Harvard’s) gave a seminar in our department about a year and a half ago, and I heard him speak again in ACS President  Bassam Shakhashiri’s ”Presidential Symposium on Catalysis” at the Spring national meeting in San Diego. The chemistry he described is a beautiful example of how fundamental research can potentially impact the lives of billions of people.  Dan and his research group have discovered what appears to be an inexpensive, self-healing, air-tolerant catalytic system to split water into hydrogen and oxygen. We have seen before grand announcements about photocatalytic water-splitting systems, but this one appears not to suffer the fatal flaws of the others – requirement of pure water, expensive ingredients, and short duty cycles. David Owen’s article in The New Yorker gives a nice, layman-level explanation of what is going on, including the limitations of this approach.  Because the energy density of sunlight is, at best, only about 1 kW/m2 for a few hours per day, a modest-sized collector would generate far less than a typical first-world family consumes, but the same technology could raise the standard of living of the tropical or semi-tropical third world by factors of ten. A more technical description of the chemistry can be found in “A Self-Healing Oxygen-Evolving Catalyst”, J. Am. Chem. Soc., 2009, 131 (11), pp 3838–3839, or “The Artificial Leaf”, Acc. Chem. Res., 2012, 45 (5), pp 767–776 and a more detailed version of how this might fit into a home application was published in “The Chemistry of Personalized Solar Energy” Inorg. Chem., 2009, 48 (21), pp 10001–10017. The prospects could hardly be more monumental. Debunked!: ESP, Telekinesis, and Other Pseudoscience 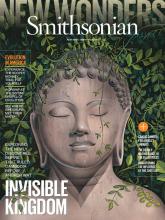