If you have ever wondered (as I have) how a fever thermometer actually works (but have never felt good enough while you were wondering to do any investigation) then you should look at this article in "How Things Work", a feature of The Physics Teacher edited by H. Richard Crane of the Physics Department of University of Michigan. 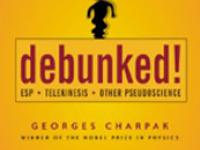 Debunked!: ESP, Telekinesis, and Other Pseudoscience

Off the Planet: Surviving Five Perilous Months Aboard the Space Station Mir
BEAKER - Mix Chemicals
An Exact Value for Avogadro's Number
The Age of Entanglement: When Quantum Physics Was Reborn
MolView: An App to View Structural Formulas and Models