Statement from the ACS Committee on Chemical Safety regarding the “Tornado Experiment” Explosion in a Science Museum in Reno, Nevada

On Wednesday, September 3, 2014, we learned of chemical incident at a science museum in Reno, Nevada, that injured a number of people including children. The experiment described as creating a “smoke tornado”. At this point we only have reports from the news media to try and understand what might have happened.

Here is our understanding at this point: 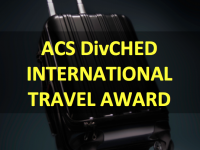