Recently, I came across an article about self-healing concrete on the ACS Central Science open source journal website. Typically we think that the wear and tear of automobiles on the roads causes concrete roads to deteriorate, eventually causing potholes and requiring the use of patching. Regular maintenance, like patching, gets expensive over time. If we were to zoom in on a microscopic level we’d see microscopic cracks that allow in water, salts, and ice. Since ice has the ability to expand, the tiny little cracks will become big noticeable cracks.

Something interesting to note, according to the author’s reference of a Washington Post article, is that “concrete use is set to skyrocket, due to a building boom in countries like China, which used more cement from 2011 to 2013 than the U.S. used in the entire 20th century!” With this increased use of concrete being present, and the added carbon emissions during production, some researchers set out to create a biologically-based concrete that self-heals faster than normal (think bacteria). Apparently, concrete has the ability to heal itself but in an extremely slow manner.

The first example of bacteria used to induce self-healing properties comes from Professors Hendrik M. Jonkers and Erik Schlangen of the Delft University of Technology, in The Netherlands. They report a self-healing bioconcrete where “dormant bacterial spores contained in clay pellets germinate when cracks expose them to moisture. The microbes feed on calcium lactate to form limestone, sealing the cracks...in just 3 weeks…[and] gaps up to 0.8 mm wide.” The researchers have set out to develop a sugar-based component that would replace the expensive calcium lactate.

Neil De Belie, a structural engineer at Ghent University, in Belgium “packages bacterial spores in a melamine formaldehyde shell that has been able to make concrete that can heal small cracks up to 1 mm wide in 4 weeks. They’ve recently identified a limestone-producing bacterial strain that does not require oxygen, but instead uses nitrates.”

Thirdly, researchers are developing methods that involve hydrogels. The idea here being that hydrogels would water and nourish the bacteria, enabling them to live longer after germination. Plus, hydrogels do not need to be encapsulated, which make the concrete production process easier.

Additional research is being conducted with polymers; this research is still seemingly in its infancy.

Hopefully you’ll find some use for this article in your instruction whether it’s with properties of water, chemical reactions, or materials science.

The Myth of Fingerprints: A forensic science stands trial 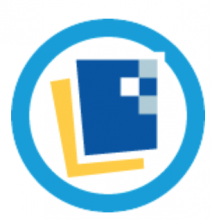 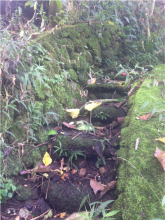 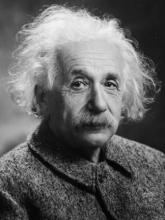 "Preparation for College General Chemistry: More than Just a Matter of Content Knowledge Acquisition" - A Must Read for All High School Chemistry Teachers