The Poisoner's Handbook: Murder and the Birth of Forensic Medicine in Jazz Age New York

The central story of the Poisoner's Handbook is a war between poisoners and chemists working to detoxify poisoned beverages. The surprising thing is that the poisoners work for the US government and the detoxifiers for criminals. The setting is the years between 1920, when the 18th amendment started prohibition, and 1933, when the 21st repealed it. During Prohibition, the government used a variety of compounds to "denature" ethanol. A lot of nasty stuff was tried, including gasoline, benzene, cadmium, iodine, mercury salts, ether, chloroform, carbolic acid, and acetone, but the one that killed or blinded the most illegal drinkers was methanol, which is metabolized to formaldehyde and formic acid. The optic nerve is particularly susceptible to attack by formic acid, which is why victims who did not die often became blind. The death toll from denatured industrial methanol during Prohibition is estimated to be more than 10,000. Not every government official was happy with the policy, and the heroes of the book are Dr. Charles Norris, chief of laboratories at New York's Bellevue Hospital and toxicologist Alexander Gettner, who not only campaigned against the denature of industrial alcohol, but also laid the groundwork for forensic chemistry in the US. While the Prohibition story is the centerpiece of "The Poisoner's Handbook", there are chapters describing many of the other favorite chemical compounds of the poisoner, and their detection by forensic chemists. Blum is not a chemist, and there are places where she could have used a chemistry-literate editor, but the writing is otherwise good and the story is compelling. 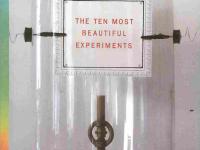 The Ten Most Beautiful Experiments 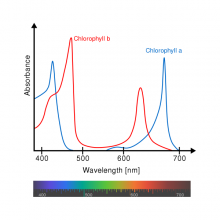 A pedagogic field laboratory for professional development: Windows on the STEM inquiry classroom