PBS has a wonderful new mini-series titled, "The Mystery of Matter:  Search for the Elements".  At the time of this post, the series is freely available to stream through your local PBS station.  (The series is also available for purchase.)  The series is broken into three episodes which track the evolution of Chemistry in different time periods through the eyes of seven scientists.  Priestly, LaVoisier, Davy, Mendeleev, Curie, Mosely, and Seaborg are all highlighted as their contributions to science are beautifully retold, often through their own words.  The first installment, called "Out of Thin Air (1754-1806)" describes the discoveries of different gases and how electricity played a role in the separation of compounds and ultimate discovery of many elements.  "Unruly Elements (1859-1902)" is the second episode and takes us to Russia to learn how the ever growing list of elements is ultimately organized into a useful table.  The series concludes with "Into the Atom (1910-1960)", the discovery of X-rays, the creation of man-made elements, and the devestation of the atom bomb.

I'm already crafting lesson plans around different clips from episode one.  The story of LaVoisier's red calx experiment is used in the Chemistry Modeling instructional materials, and this movie does a superb job of explaining his discoveries.  "The Mysteries of Matter" touches on so many topics and historical perspectives, chemistry teachers are bound to be inspired! 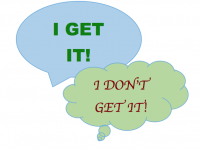 Is there more to formative assessment than "Get it or Don't"? 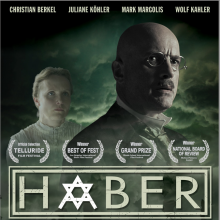