A year or so ago, I greatly enjoyed reading another book by Lisa Jardine, "Worldly Goods: A New History of the Renaissance", but I couldn't justify it for "Hal's Picks" because it didn't have much scientific content. When I heard about "Ingenious Pursuits", I bought it from a book club and read it right away. My regret is that I didn't buy the hardcover version, because this is a book that I will keep for a long time. Lisa Jardine is Professor of English at Queen Mary and Westfield College, University of London, but she is also a daughter of Jacob Bronowski, and she displays the independence of thought and the ability to view history in creative ways that characterized her late father. In "Ingenious Pursuits", she follows the early history of Western science (mostly 17th and 18th centuries) by focusing on the work of the inventors who created the equipment essential to the progress of science. Many of these names are already familiar: Hooke and Huygens, for example. I, for one, was unaware of the extent of the scientific interests of the famous architect, Christopher Wren, until I read this book. I also didn't know that many of the early experiments with vacuum pumps involved the asphyxiation of small animals, often for entertainment. Wren and Robert Boyle, famous to chemists for his contribution to gas laws, were involved in gruesome experiments to discover how respiration works by vivisecting large numbers of dogs. 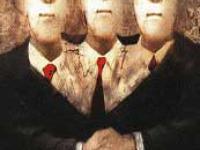 Biocapitalism - What Price the Genetic Revolution?