The Half-Life of Facts: Why Everything We Know has an Expiration Date

When I think of a 'half-life' I have in mind a particular physical model, the one that we use when discussing first-order chemical reactions as exemplified, for example, in unimolecular thermal decompositions at moderate pressure or any nuclear fission.  When I think of 'facts', I think of conclusions that have been established as a truth that has been established as a result of repeatable experiments.  Samuel Arbesman adopts much more flexible definitions of both of the nouns in his title.  By doing so, he can build a fairly interesting book for the lay reader that emphasizes over and over the nature of science. There really is no final answer in science. Everything in science is subject to refutation, or at least refinement, and every good scientist is looking for opportunities to show that the nature of the world is not as had been assumed before. Some of the 'facts' that he chooses to discuss are not real facts, at all.  For example, the idea that children can become strong by eating their spinach (as once did Popeye, a bygone cartoon character) is not true at all, and never was, except in the mind of its creator. Even more interesting is another myth about how spinach got that reputation. According to the myth, which Arbesman perpetuates on pages 83 and 84, is that it is a consequence of a decimal-point error made by German analytical chemist in 1870. It turns out that there is no truth whatsoever to this story, and the author points this out in his official errata. This is one example of a 'fact' that had a lifetime of less than a century. Arbesman uses a number of examples like this one from popular culture to show how 'facts' change over time.  I find many of them to be trivial, and the idea of a 'half-life' is not exploited after the idea is introduced in the first few pages. Neverthless, there are some interesting stories here. 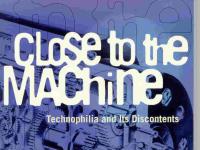