Is Gwyneth Paltrow Wrong About Everything?, by Timothy Caulfield

While I was teaching Introductory Chemistry years ago, the World News reported that the pretty actress Gwyneth Paltrow had shown up at a New York film premiere with odd circular hickeys on her shoulders and back.  It turned out that these were due to her use of an acupuncture technique known as “cupping” in which glass jars are warmed (with a candle, I think) and then placed on the skin.  As the air in the jar cools, it produces a partial vacuum.  This supposedly sucks “toxins” out through the skin.  My students and I had a good laugh at her expense – I probably should have turned it into a lab exercise. The Daily Mail photographed the same marks on Justin Bieber at the beach last year, and Jennifer Aniston, Victoria Beckham, Jessica Simpson, and David Arquette have endorsed the practice.

Over the years since then, I have seen Ms. Paltrow in many television interviews, and she nearly always has some diet or beauty tip to flog, along with her own most recent movie or tv role. Her recommendations are quite ridiculous and they are always given the utmost respect by the interviewer.  Of course, Ms. Paltrow is not the only celebrity trading on fame to promote highly questionable science. In political years like this, famous people also trade as much as possible on their celebrity to push political causes and candidates.  In “Is Gwyneth Paltrow Wrong About Everything?”, Timothy Caulfield investigates some of the claims by Paltrow and others about cosmetics, nutrition, and health. He even tries them out himself, enduring the 21-day “Clean cleanse” recommended by Paltrow, except for the daily coffee enemas part.  (You can buy the necessary vitamins and supplements for your own campaign for only $425.)

Caulfield also enjoyed a very pleasant spa facial ($250) that produced no objective change in skin appearance. He then tried a regimen in which he conscientiously treated his skin twice daily for three months with high-end cosmetic products – a cleansing-exfoliation gel, a second cleansing lotion to control bacteria, a morning moisturizer and sunblock, and an evening moisturizer especially for problem pores. Evaluation was done with the same “sophisticated” photography-based machine, before the regimen began by one expert, and afterward by another.  No objective difference. Shock!

One could argue that people who believe the celebrities and buy the products they hype are merely wasting their money.  But those products are not always benign, and there is absolutely zero oversight of nutritional claims or beauty products by the US government, so substantial harm is a real possibility.  Further, those same supposed experts on beauty engage in practices that are objectively dangerous – for example, smoking (images of Ms. Paltrow, Sandra Bullock, Katie Holmes, Julia Roberts, Jessica Alba, Ben Affleck, Ellen DeGeneres, Kate Beckinsale, Mila Kunis, Uma Thurman, Jennifer Anniston, Sean Penn with cigarettes or cigars can easily be found). Ms. Paltrow also advocates tanning: “We’re human beings and the sun is the sun - how can it be bad for you? … I don’t think anything that is natural can be bad for you”. Apparently she has not heard about hemlock, rattlesnakes, earthquakes, tornados and hurricanes, drowning, or asteroids (see my review of Naturally Dangerous, by James Collman, J. Chem. Educ., 2002, 79 (1), p 35).

“Is Gwyneth Paltrow Wrong” is written in a snarky style that its subject deserves.  I enjoyed reading it – at least, at least up to Chapter 6, which shifts to the industry that feeds on the illusion that “you too” can be a celebrity.  That part did not interest me as much, and I skimmed it. 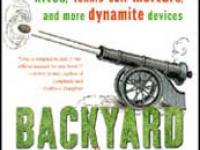