What are the consequences of allowing irrational ideas into the science classroom? If you are willing to rely on faith instead of reason to come to conclusions about nature and our origins, then there is no reason to stop with Intelligent (sic) Design. Why not go all the way (and beyond that) and teach that the universe is the result of divine intervention by The Flying Spaghetti Monster? That is what author Bobby Henderson does in this sophomoric, anti- religious, slightly profane and modestly funny satire. While sending up the ID folks, he also bashes religious belief in broad terms, and goes out of his way to offend specific varieties of Christians, and also Moslems, Jews, Hindus, Jains, Shintos, and Rastafarians. Scientologists, he says, are "best left alone". He correlates climate change with the decline in the number of pirates, who represent the ideal in human perfection. This is the first religion based on carbohydrates, and the superiority of spaghetti to communion wafers is examined. This is all so silly that I was at first reluctant to recommend it, but it is summer, after all, and a time for frivolous reading lists. There is a Web site dedicated to the FSM at http://www.venganza.org. Visit at risk of offense.

High Stakes are for Tomatoes 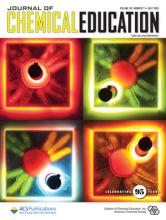 Especially JCE: July 2018
"All The Light We Cannot See" by Anthony Doerr

The Sweetness at the Bottom of the Pie