In about 1637, a French mathematical genius named Pierre de Fermat wrote in the margin of his copy of Arithmetica by Pythagorus, that he could prove that there were no solutions to the simple variation on Pythagorus' Theorem, az + bz = czwhen a, b, and c are integers and z is larger than two. In over three hundred fifty years since then, the greatest mathematicians attempted to prove or disprove this little conjecture (or even to prove that no proof is possible). Students of science will recognize many of the famous names involved in the quest to solve "Fermat's Last Theorem", including Euler, Gauss, Lagrange, Cauchy, and Hilbert. Fewer will be aware that one of the most fruitful attacks on the problem was made by a woman named Sophie Germain, who concealed her gender in order to achieve credibility for her work. The recent solution of the puzzle by Andrew Wiles was the impetus for the PBS Nova program, "The Proof", which is based on Singh's work. If a book about an equation sounds pretty dry to you, this one is not! Singh has written a wonderful, engaging chronicle that brings together a huge fraction of the history of mathematics, and illustrates beautifully the utility of pure research. This is one of the best science books I've read this year. 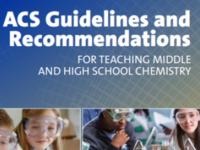