Einstein: His Life and Universe

What were personal qualities of the greatest scientist of the twentieth century that differentiated him from his contemporaries? I have read a lot of books about Albert Einstein, who was one of my childhood heroes (along with the Lone Ranger). We had a lot in common - the violin and physics, although he was said to enjoy music practice more than I did, and he was said to be tolerant of kids who liked science. I never got to meet my hero; he died when I was 15. None of those books that I have read about him, until this one by Walter Isaacson, satisfactorily addressed the the questions about the person behind the scientist that I longed to have answered. Even the author admits (on NPR) that there may be better popular books about Einstein's science, for example Abraham Pais' "Subtle is the Lord", but Walter Isaacson was the first writer to get access to Einstein's voluminous archive of personal correspondence. With that, he was able to put together the most intimate history available. The results are not all sweetness. Einstein was a pretty awful family man, and he had a sizable ego (although he tried to appear modest in public). Isaacson does a good job with the science, too. Despite not being a scientist himself, he acknowledges the help of some excellent physicists (including Brian Greene, Lawrence Krass, Douglas Stone, Murray Gell-Mann, David Mermin, and Gerald Holton, among others). With advisors like those, you can't go far wrong, and Isaacson doesn't. This is a book for you and your students. 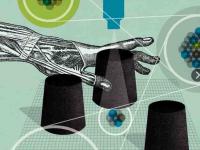