Joe Schwarcz runs the McGill University Office for Science and Society, teaches chemistry and environmental topics, writes for two newspapers and has a national radio program. He is the most prominent public spokesman for science in Canada, and I have highlighted several of his previous books as "Picks". This is not his most recent book - that would be "Dr. Joe’s Health Lab", which I am not recommending for two reasons: first, it sounds more like pop health than chemistry, and second, I haven't read it! I have read this one, however, and I find that it fits right in with his other books about science for the public. My favorites are those that focus particularly on chemistry topics and especially that are built upon questions that members of his radio and newspaper audiences have submitted. "Radar, Hula Hoops, and Flying PIgs" fits those criteria, as does "The Genie in the Bottle" and "That's the Way the Cookie Crumbles", while "Dr. Joe and What You Didn’t Know" and the current volume are somewhat wider-ranging across science, rather than topics that are just chemistry ones. Further, the essays in "Brain Sparks" are based on questions that Schwarcz has made up, rather than anything that a sane person would likely ask. For example, here is the first question, on which is based an interesting essay on transplants and anti-rejection drugs: "A drug introduced in 1981, isolated from a soil fungus, revolutionized the transplantation of human organs. What drug was that?" [cyclosporin]. 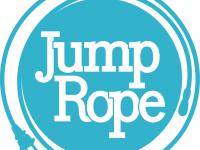