If you are like me, you get stuff in your inbox all the time about people selling nerdy science stuff to nerdy science teachers. It is hard to know what to ignore and what to get excited about. There was one particular email this year that made the rounds of our science department. The city of Cincinnnati has a "Fringe Festival" each year. It is two weeks of small independent performances, shows and plays all over town. This year one of the plays was "Curie Me Away!". It is about the life and times of Marie Curie. A little company called Matheatre has developed several plays about math and science. They travel to schools and museums throughout the country. The goal is to combine theatre and science. From my experience, they are doing a great job.

You would think that a one hour musical about Marie Curie might not be that great. I am sure people thought that a three act hip-hop and rap musical about Alexander Hamilton could never be great either, ;but look how that turned out. I have to admit, I was a bit leary. The first thing I did was contact Sadie Bowman who is one of the creative engines behind the play. Here is what she had to say.

What made you decide to combine theater along with math and science?

Our company, Matheatre, started in 2006 with a production called Calculus: The Musical! It was written by myself (a comedy/theatre/music nerd) and my colleague Marc Gutman (a high school math teacher). Marc had been creating parody tunes to help his students understand and remember rules and formulas by setting them to familiar music, and it worked so well for his students that he set out to create a song for every major concept in his Calc I class. I suggested taking it a few steps bigger and sharing it with the world, so we wrote a two person comedy show about the history and major concepts of Calculus, featuring these songs. We quickly found that it filled a niche that teachers and students all over North America were hungry for, and the show was a surprise hit. It has been running continuously since that time. Marc and I toured together for two years then licensed the script to a regional theatre here in Cincinnati (Know Theatre), who ran their own national tour from 2008-16. Then in 2016 we (Matheatre) took it back, did a big update/rewrite, and relaunched the company with an expanding repertoire. By this time I had joined forces with Ricky Coates, an actor-writer with a physics background. He had written a one-man play about Nikola Tesla and we realized that touring his show, with content pertaining to physics and electrical engineering, alongside an updated version of Calculus: The Musical! would be a sensible idea. So now Ricky and I are touring full time and Marc is our business/finance manager. We love using the performing arts as a creative access point to science and math. We love that for some students, having music, comedy, or a dramatic connection to the people or the concepts may be just the angle they need to make something click, and for some students the math and the science are easy but maybe they've never had a live theatre experience that spoke to their interests before. We're really all about combining arts and science to inspire new connections or perspectives. It's really rewarding all around.

How long has this particular play been going?

Curie Me Away! debuted in the summer of 2017, so it is our newest show. Ricky and I wrote the script together and I wrote all the music and lyrics (no parodies this time, haha).

What does the future hold?

We will continue to tour to educational institutions for the foreseeable future. We have a new production in the hopper which we hope to debut next summer. It is another story inspired by some prominent characters and an important moment in the history of science--I can't say much about it publicly yet, except that you can expect some sweet 1970s hairstyles. :-) This coming year we have a goal to work with more science museums in addition to schools and universities.

What was the inspiration for this particular play?

There are so many messages from Madame Curie's experience that are relevant today. I am particularly inspired by her approach to education as an act of empowerment and resistance. Understanding that, as a young woman in occupied Poland, she had to risk her own safety just to learn about science, let alone BE a scientist, and that she was a quiet champion for the potential of EVERY PERSON to be a great mind if they only have access to education, is just a staggeringly noble legacy, in my mind. I want students to feel inspired to pursue their own curiosity and never stop learning, as it feels to me like our culture is becoming more and more discouraging to pursuits of the mind. Her story also inspires the tenacity of girls and women in STEM fields, and in Pierre we have a supportive example for boys and young men to be an ally to the non-male people in their lives. She is just the perfect heroine for a show about chemistry! We worked with Ricky's sister Dr. Becky Coates, a Ph.d in Physical Chemistry, to incorporate core concepts. I wanted to craft lyrical metaphor that would use chemistry themes to further the plot and character development. We tried to find a balance between scientific content and a universally accessible story. If you know the science there are bells that will ring on different levels, if you're new to the science you'll still understand the drama but (we hope) be curious about the science that's just under the surface.

If a school or community would like to sponsor a show....is that possible?  What are the steps?

Yes! We will travel to pretty much anywhere. All three of our productions (Curie Me Away!, Tesla Ex Machina and Calculus: The Musical!) are available and I'm happy to answer questions if interested parties email me at sadie@matheatre.com. We are online at www.matheatre.com.

I saw the play in a renovated church with about 50 other people ( a sold out crowd). It was a masterful performance. The content was quick witted, clever, had fun songs and did a great job of presenting analogies about chemistry and life. It was a two person performance. Due to extremely clever staging and puppets, it seemed as if there were twenty people rather than a cast of two. It was about one hour long. It was a play about history that could and should be a great lesson for today. Marie Curie was portrayed as a smart intelligent persistant woman who overcame odds and stayed the course to become a great scientist. The play also illustrated her struggles with Pierre, fame and chemistry. The chemistry was spot on. The writers did a wonderful job of comparing chemistry to life. This is a play is one that I can highly recommend. If you get a chance to bring this play to your school, do it! And...if anyone asks...radishes are the food of intellectuals (you need to see the play to get this one..) 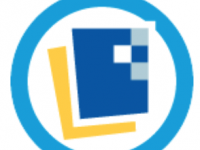 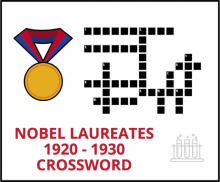