While attending BCCE 2018 at Notre Dame, I had the pleasure of co-leading a workshop with a fellow chemistry teacher, Amiee Modic. Our workshop focused on introducing teachers to the Claim, Evidence, Reasoning framework and the various ways it can be implemented and applied to develop students' ability to generate better evidence-based arguments. When Amiee and I started preparing for the workshop, she introduced me to some cards, that she referred to as "strong vs. weak argument cards," made by the folks at Argument-Driven Inquiry.

Though I had hundreds of student examples of my own to choose from when introducing this framework to my students, I never really developed a specific activity that helped model the difference between strong and weak scientific arguments. Seeing these cards helped me realize the useful role they could serve toward getting students to write better scientific arguments, rather than me continuously explaining what goes into the claim, evidence, and reasoning. And I was not the only one to have this revelation. The cards were a huge hit among teachers at our workshop. Amiee and I continued to receive questions after our workshop from teachers wanting to know how they could get their hands on these cards. As soon as I got back to school, I pitched the idea to my department chair. Not only did we end up buying the chemistry cards, but we also bought cards that were specific to biology, physical science, and physics!

I think that the price ($8.95) for the argument cards for chemistry is great. The argument cards come as a class set of 32 cards, which is enough for eight groups of four students. Each group receives four cards which contain one strong and one weak argument for two different arguments. For example, the arguments on cards 1 and 2 are about specific heat while cards 3 and 4 are about intermolecular forces. The cards themselves are printed in color on a sturdy material which is laminated. Though anyone could easily produce their own cards, paying a small amount for someone else to produce higher-quality cards than you likely could yourself is well worth the price.

I recently did a short activity with these cards and I am so glad I have them now. Being able to quickly take them out and have students look at the features of strong scientific arguments when they felt stuck writing their evidence or reasoning was powerful. The purpose of the cards is not to act as a silver bullet. Instead, like most things we purchase in our profession, they serve as a useful supplement for achieving what we want our students to be able to do. I highly recommend you take a look at the Argument-Driven Inquiry store and see the other useful products they offer. I think you will be pleased!.

I encourage you to take a look at the other content-specific cards available. Your colleagues in the other sciences and elementary teachers in your district will appreciate the tip! 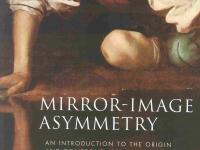 Mirror-Image Asymmetry: An Introduction to the Origin and Consequences of Chirality 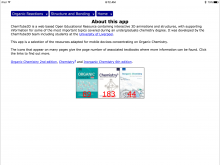 ChemTube3D iPad App for organic mechanisms (and so much more!)

Using EdPuzzle As A Platform To Deliver Videos