In my last article I described several different strategies you could use in your classroom to integrate the use of whiteboards. Whiteboarding can be a powerful tool for increasing student engagement when it is implemented well. The success of a whiteboarding activity greatly depends on how well the instructor focuses the student interaction and guides the discussion. I’ve been actively working on improving my Socratic questioning skills for several years.  I have found that I have better outcomes when I can write a concise and well-developed learning objective and generate a list of questions aligned with the goal.  I also try and anticipate what misconceptions will be revealed through questioning the students as I want to tailor my questioning to draw these out and break them down. The goal of the whiteboarding question session is to uncover what the student thinks and have them defend (with evidence) their position. In the early days of the school year, I take the lead in questioning. As the year progresses and the students learn what a questioning session feels like, I turn over the questioning to them as much as I can. Student’s learn they are all working together toward a common goal. They are invested in helping each other understand the material, and through the act of questioning, they are considering the concepts on a deeper level than they would if they were only listening or watching others answer the questions.

Why use Socratic dialogs on class?

When I first model to teachers how to engage a class in Socratic dialog I make sure to stress that it’s not an easy process. You will often hear modelers say that we, as modeling teachers, are no longer the “sage on the stage” but more of a “guide on the side”. This can be uncomfortable at first, as teachers feel they are relinquishing control of the class to the students. Students are often uncomfortable at first as well, not exactly sure what is expected of them in a situation where they are now responsible for communicating and synthesizing the knowledge. Once the students buy-in to how the class is designed, they recognize they are in control of their learning.  It is a powerful revelation for a student to realize they have the ability to construct and uncover the ideas in class and are no longer exclusively reliant on the teacher to provide their information to them. They have the ability and skills necessary to question the ideas presented to them and not just blindly accept what they are told as truth.

How do you start a Socratic dialog?

Last summer I had the privilege of observing a modeling workshop at Wheaton Warrenville South High School near Chicago, IL where I watched Phil Culcasi run one of the best questioning sessions I’ve ever seen. Good questioners make it look effortless, but in reality they have worked hard to develop the best set of questions each day, anticipated and accounted for misconceptions, and they practice. They practice each day in class, they hone their skills in workshops and through collaboration with other teachers, they read research and discuss their experiences with others. The amazing teachers at WWSHS put together a document to help students and teachers develop good questions to use during whiteboarding sessions. I created a poster and hung these in my classroom for my students to reference during class. I also had them write these prompts on a notecard so they could look at them when they were creating their whiteboards for class. The questions were broken down into two categories: clarification questions and extension questions.

This list can be used a springboard for conversation, or as a device to help your students form questions during discussion. As you practice and become more comfortable with this type of questioning the flow of the discussion will improve.

These are just a few samples of the types of questions we use in my classroom. What tools do you use to draw out misconceptions? What are your most effective lines of questioning?

I referenced the following article when writing this entry: 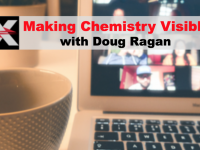